As an introduction, the week’s readings covered topics that we will see throughout the course: a discussion concerning the history of communication and media theory, semiotics, cultural meanings, and digital life that intermingles the “non-living” analog systems with “a-live” [1]. This initial overarching exposé of all things “media” causes new media scholars (and even experienced ones) to take a step back and ask what can individually be dissected from the content.  What ideas are frequently brought up across disciplines? Are researchers and media experts sharing similar insights about the new dimensions of media and mediation? These types of questions must be running in the back of our heads to grasp any sort of understanding of an ever-present world of digital culture. What resonated with me the most was finding meaning in the often polarized worlds of communication and information.  Regis Debray helps to bridge this gap by urging people to think as mediologists. He wants us to re-conceptualize early communication theory and realize that there is indeed an “invisible force of institutions and social structures in providing the shared platforms for relaying messages, meanings, and cultural identities among large communities that endure over time”  (“Media Theory: An Introduction”). Looking at the large picture helps one to see that first, history counts and second, organizations have major influences over what types of technologies and mediums rise in their scope and use.

To use the example of the telegraph system, its development signaled a shift in the desire for communication that was faster and more reliable. Everyday farmers and laborers prior to the mid-19th century did not all of a sudden demand that communication become “instant”, but the gradual shifting of American hegemonic ideologies encouraged innovation and new ways of producing. Thanks to the new rail network, time took on a new cultural meaning (significance of when, exactly, a message could be received) and the Industrial Revolution only highlighted the change of social ideals influenced by powerful institutions like Carnegie, Rockefeller, J.P. Morgan, etc.  And according to Carey, “the desire to increase speed and effect of messages as they travel in space” is still of extreme importance today (2). 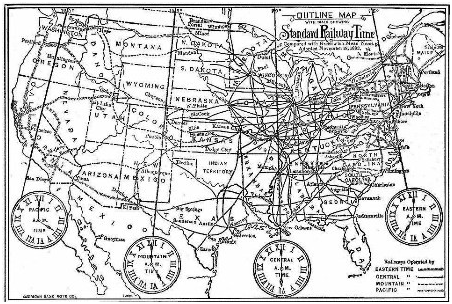 The mediums in which communication and information are expressed in the current post-digital era still maintain a deep interconnectedness of social, political and financial forces.  A prime example of this type of convergence took place this past week with the 57th Presidential Inauguration.  Comparing how individuals in 2009 communicated the Inauguration’s personal and national meaning to how it was done in 2013, reveals that the medium in which meanings are shared must be flexible to adapt to our technological preferences.  Of course, photo and internet-capable mobile phones were of high use in 2009, but in 2013 the meaning of sharing information in real-time bears more weight.  I find that the momentarily popular vernacular phrase “pics or it didn’t happen” (which caught on well especially for digital natives) coincides with Floridi’s statement:  “no records, no history” (p. 3).  Photographs, since their inception have been vital mediums in how we extract “meanings” from historical moments.  They provide a hyper-visual format compared to basic and less-stimulating records such as text. Yet, in this current era, there is a burgeoning sense of pressure to produce records of the meanings we come across instantaneously. This form of recording, is now chiefly digital. People often deem it necessary to “capture” photos as a verifiable source of information that not only provides evidence of our actions at a particular moment in time, but also can be added to the plethora of information that gets added to our growing digital lockers. 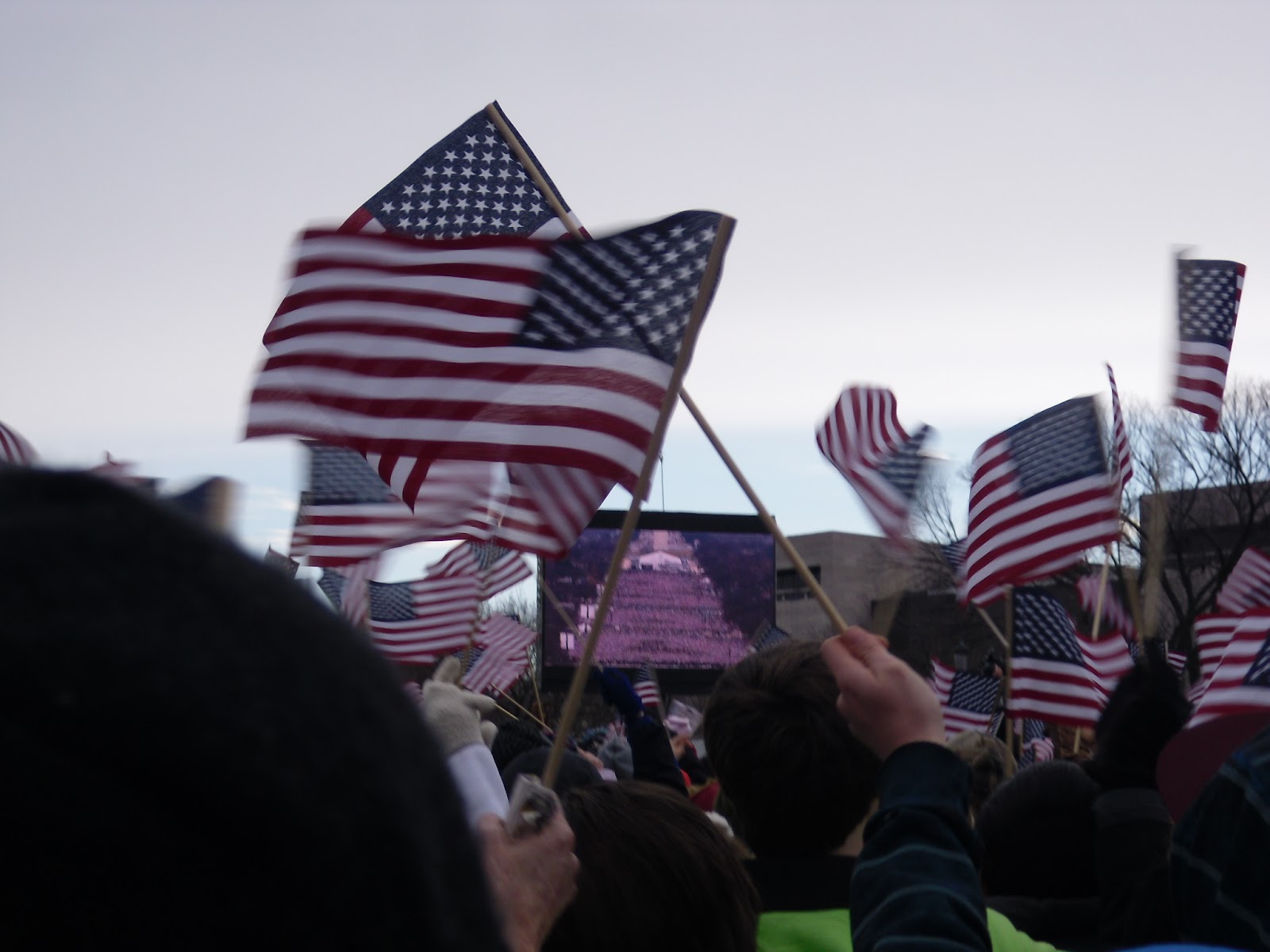 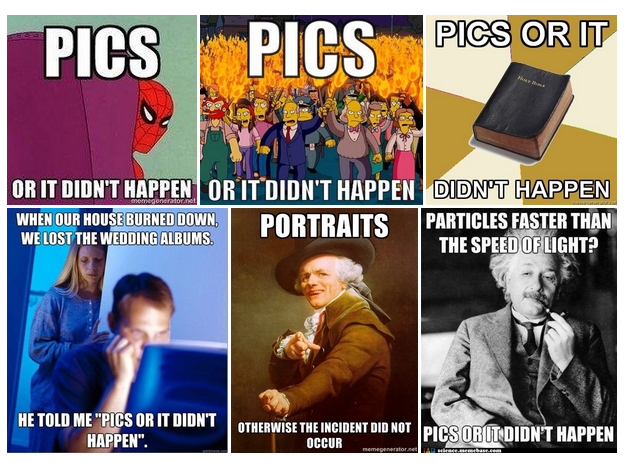 Memes have become quite popular recently.

Attempting to relate this idea back to mediology, taking photos at a presidential inauguration implies that the devices we use to capture history are more than a technical piece of equipment:  they suggest a social awareness of the cultural relationships that have  altered over time and imply that making a “record”  of a historic event can be shared across multiple platforms which can later be bought, sold or reproduced (Ask: what rights does Facebook, Instagram, Twitter have to this image I’ve uploaded? What financial gains or hidden losses can I get if I decide to sell my image online?). Delving deeper into the core of mediology and applying it to all areas, especially with social institutions and organizations, is what I hope to gain from this course.  Obviously, there is no single divine answer to how to find meaning in communication and information. But it is important to not get trapped by finding an answer to our questions by only considering approaches from one discipline. Unearthing media theory and culture in the digital realm requires a constant questioning of what has already been said and what people are saying about its future. And these skills will only be developed throughout the semester, especially by having an open environment of discussion among peers and new media theorists like myself.

[1] A-live, or “artificially alive” systems that have the ability to communicate, and learn with human and non-human devices, according to L. Floridi, Information: A Very Short Introduction, 2010. P. 17