” I’d prefer to remain a mystery. I never like to give my background and, anyway, I make it all different all the time I’m asked. It’s not just that it’s part of my image not to tell everything, It’s just that I forget what I said the day before and I have to make it all up over and over again. I don’t think I have an image, anyway, favorable or unfavorable.” Andy Warhol

Reading through Andy’s life made me curious about his bewildering character, his deep superficiality, libidinous desire for fame and wealth, and why he was so obsessed to see his goals through the medium of painting. An unfortunate boy coming from an immigrant working class family who desperately seeking a promising future with all the insuperable barriers confronting him. Reading his past no one would have believed that someday that pale, pimply, poor creature would become the godfather of pop art movement in the early 1960s.

In the pursuit of his happiness, Andy Warhol found himself exactly on the right place where he could see his dreams come true. Just like Vienna which was the city of dreams for musicians in 18th and 19th century New York was the home of breakthrough creativity in the commercial arts industry.

It didn’t take too much for him to realize how to come up with something which hadn’t been done before. In doing so, he had recourse to his blotted line technique and silkscreen printing to establish his stature. Blotted line was a technique he discovered in his college days and latter on become his trade mark. One of his close friends Ted Carey commenting on how he discovered blotted line technique by accident. ” One day he was doing a drawing , and he just for some reason, blotted it, and he saw, when he took the blot off, this interesting line. And he thought that this would be an interesting technique.”

Andy had a flair for appropriating ideas from his close friends and cunningly turn it into his own credit. Its a funny analogy, but somehow he was like Robbin hood who used to rub the rich to feed the poor while Andy used to rub his friend from brilliant ideas to feed his own work. Ted Carey accounts on how Andy appropriated the idea of Dollar Bills form one of Ted’s friend Muriel. ” it was  during the late 1950s when Andy was striving to be recognized as a pop artist and desperately searching for ideas for appropriate subjects. I was with my friend Muriel who was financially desperate. And we went to see Andy. And so Andy said I’ve go to do something that really will have a lot of impact that will be different enough form Lichtenstein and Rosenquist, that will be very personal, that  won’t look like i’m doing exactly what they’re doing. And he said I don’t know what to do. So he said Muriel you’ve got fabulous ideas. Can’t you give me an idea? And, so Muriel said Yes, But she said its going to cost you money. So Andy said How much? So she said Fifty Dollar. She said, Get your checkbook and write me a check for fifty dollars. And Andy ran and got his checkbook and wrote out the check. He said all right give me a fabulous idea. And so Muriel said What do you like more than anything else in the world? So Andy said I don’t know. What? So she said Money. The thing that means more to you and that you like more than anything else in the world is money. You should paint pictures of money. And so Andy said Oh that’s wonderful. And she said you’ve got to find something that’s recognizable to almost everybody. Something you see everyday that everybody would recognize. Something like a can of Campbell’s Soup. So Andy said Oh that sounds fabulous.” 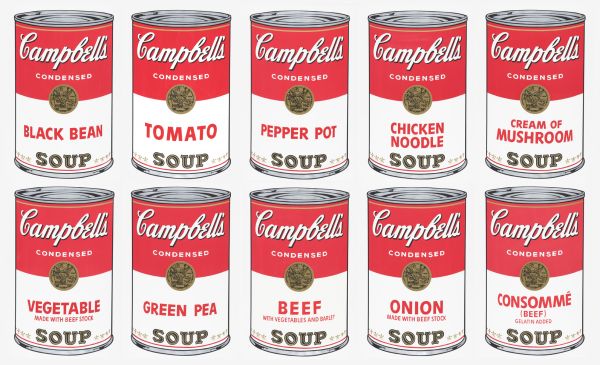 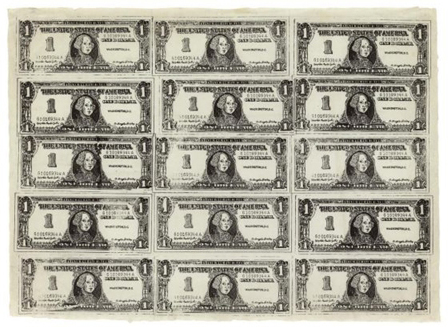 As a commercial artist Andy knew how to hit his target, like an alchemist he exhausted every material at his hand to create something unprecedented, something which captures every audience  and drive them mad , he was the author of an open ended story, made his readers to think and never giving them any philosophical description, leaving them by themselves to make the choice.

Andy was consciously aware of the society he was living with it, he intuitively knew where he need to point his finger at. He was always alert to new trends and social patterns, he constantly read magazines, newspapers, movie stars biographies and the gossip columns in the tabloids. Among his works on famous people the Golden Marilyn is the most striking one in which he brought back to life once again Marilyn Monroe’s glamour and beauty along with her mournful tragedy. And why he molded her picture into gold color, was he trying to signify that the gold color is the symbol of human idolatry (like the Golden Calf from Exodus Narrative) of ephemeral things or he just discover it accidentally like his blotted line technique. The answer is shrouded in mystery, no body knows for sure what was going on in Andy’s mind when he was making The Gold Marilyn since he would never shed light on his paintings.

Apart from Gold Marilyn implications, its fascinating to know how he got the inspiration and reshaped it in to his own advantage. First of all, the gold violates the sanctity of the monochrome field as established by such depressive practitioners as Ad Reinhardt. Further, Yves Klein, the French avant-gardist, had already performed this violation. His all gold paintings appeared in 1960, so Warhol broke the unwritten agreement by which an artist is granted sole rights to his innovation. Next, he has violated the nonobjective severity of monochrome with embedding a figurative image in it. 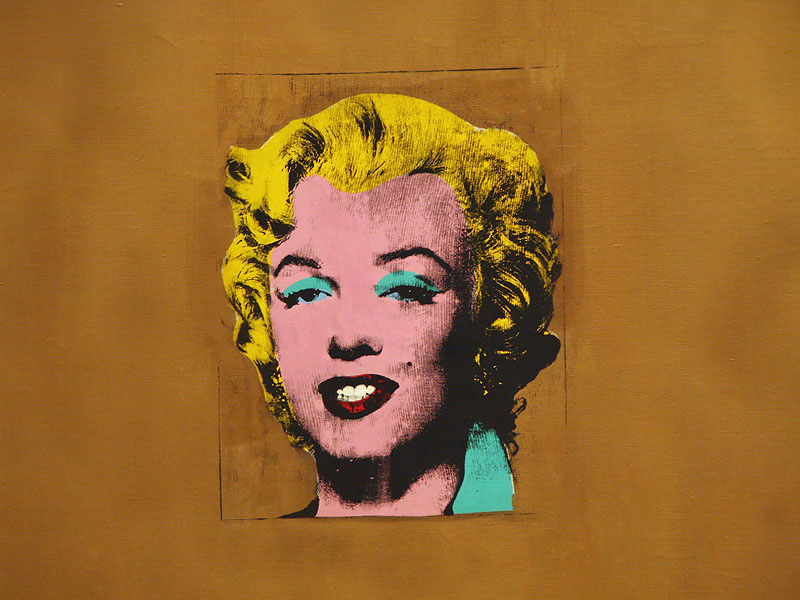 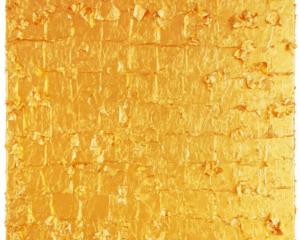 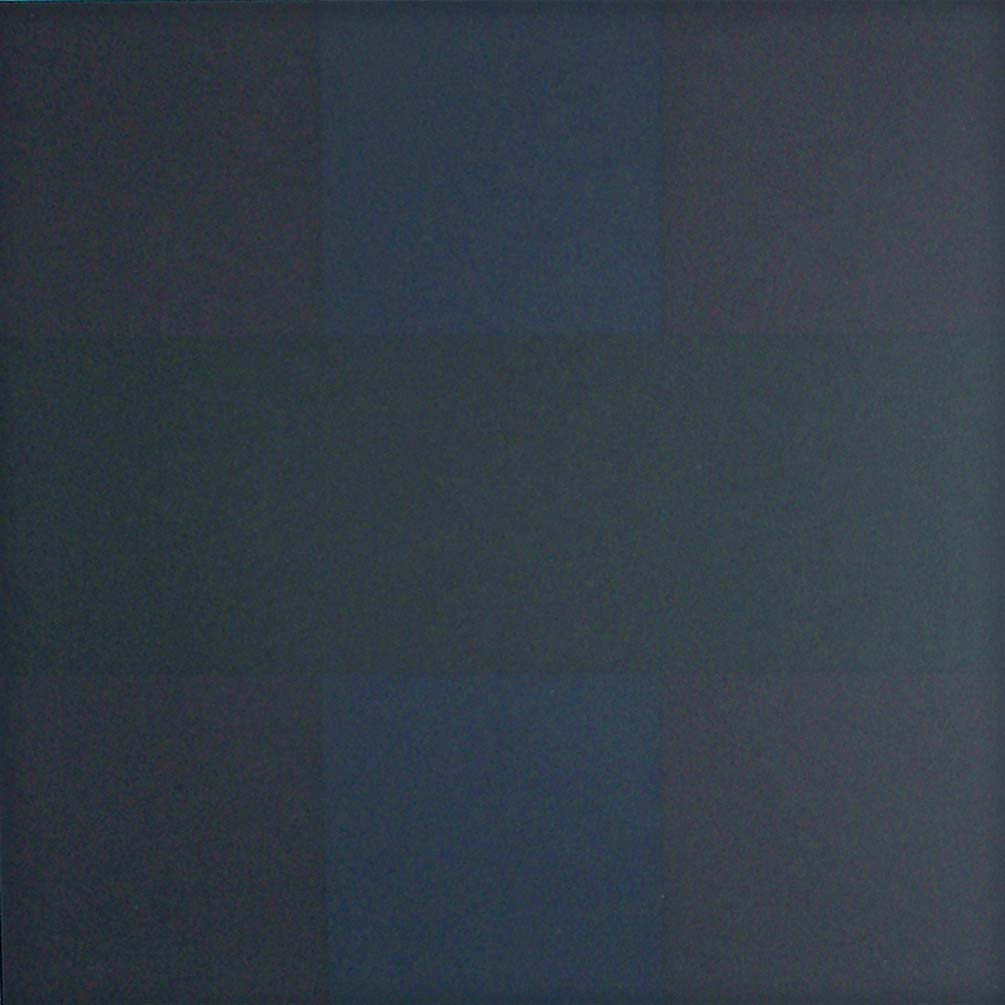 Throughout his career Andy hes been harshly criticized and condemned as unfeeling , superficial, an artist who has built his career from the exploitation of other’s images and other people. Fredric Jameson a distinguished American literary critic compares Andy Warhol Diamond Dust Shoes with Vincent Van Gogh well known painting the Peasant Shoes in his book Postmodernism or the culture logic of late capitalism through which he posits that Andy Warhol’s work is in fact turns centrally around commodification, a new kind of flatness or depthlessness, a new kind of superficiality in the most literal sense. He also mention in his book that stars like Marilyn Monroe in Warhol human subjects are themselves commodified and transformed into their own images.

Thierry de Duve in his famous essay Andy Warhol or the machine perfected writes that Warhol desire to be famous is the desire to be nothing, nothing of the human, the interior, the profound, it is to want to be nothing but image, surface, a mirror for the fantasies and a magnet for the desires of other, an absolute narcissism. 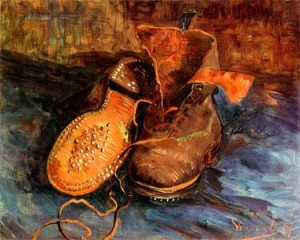 In spite of all the criticisms throwing at him, he would never actually take any further step to justify himself, he even never claimed any particular importance of any of his works. ” if you want to know all about Andy Warhol just look at the surface of my paintings and films and me, and there i am. There is nothing behind it.” His modest assertion suggested there were no ulterior meaning, no hidden depth , no hint of anything that would indicate more significance. He repudiated the notion of artistic invention by copying grocery labels and cartons, thereby undermining some traditional notions about what constitutes originality in art. He negated the uniqueness of art objects by manufacturing identical paintings and sculptures in quantity. He even called his studio a Factory implying that he was primarily concerned with mass production and commerce and the business of making money. ” when Picasso died i read in a magazine that he had made four thousand masterpieces in his lifetime and i thought ‘Gee i would do that in a day’ You see. The way i do them with my technique, i really thought i could do four thousand in a day. And they would all be masterpieces because they’d all be the same.” Andy Warhol

the question remains: why he was posing himself as superficial, an unfeeling machine, copier, money minded, homosexual, a deadpan. Was he really mean it or feign it? Was there any hidden intentions deep down in his heart? As i mentioned earlier he is literally surrounded by all kinds of different comments and attributions about his life and art, yet nobody knows for sure  what was under the guise of Andy Warhol. His idiosyncratic is an unsolved riddle. But like other people who all commented on his life and work i would like to bring up my own point of view about him. Martin Irvine one of my distinguished professors in graduate school in Georgetown University which taught me a lot in his class once told me that “build up your own repertoire, get inside it and live with it, it doesn’t matter if the whole history of western thought is based on it,  its like learning how to learn” .

To me Andy Warhol is no less than the greatest artists of our time, he was the real prophet who wanted to mirror our everyday banality, superficiality, greediness, deepthlessness, fetishism with ephemeral objects. He was struggling to focus the light of art on all that ordinary life tries to obscure. Andy Warhol was an artist who was not embarrassed to face us with reality, his mission was to trumpet the truth through the medium of art ( Kennedy’s assassination, Electric Chair, race riot, Disaster series, Most wanted men). It reminds me of Baudrillard famous quote ” Welcome to the desert of the real” which i think Andy Warhol was the one who would accompany us to the desert of the real and showing us in details what is really happening behind the unreal glamour and the beauty of our world (Monroe’s tragic death).  Andy never liked to beat around the bush, he explicitly would say i need someone to jerk off in front of my camera and i like to see his face when he is coming or his famous blow job movie which indicates that he was not afraid of the hateful eyes of others looking at him and scolding him for being such a jerk.

In short, I think Andy’s resolute and unshakable faith in what he was doing eventually paved the way to his success. He profoundly knew that humans are trapped in the circle of repetition and unconsciously participating to its repetition. Repetition is the only elixir which possesses a magical power, a power through which constantly keep humans under false consciousness. Whats Repetition do is to continuously feeding its victims with strong sleeping pills to knock them out and to keep them under impotency. Comparing with Plato’s allegory of the cave repetition is something that keep the puppets and their shadows in motion, never allowing its audience to look over their shoulders and to see that the pictures are a dissimulation of reality. Finally, i would like to say that Andy Warhol was someone who once again tried to remind us through his artifact that we are living in a bondage, a bondage that repeats itself unremittingly in order to subjugate us. 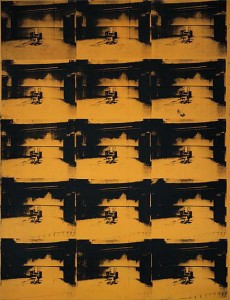 Copyright and Uses of Site

© 2006-2013
Course files by Martin Irvine are licensed under a Creative Commons Attribution-Noncommercial-No Derivative Works 3.0, United States License. All educational uses permitted with attribution and link to this page or appropriate pages. Cited and quoted sources are the property of the copyright holders. Writing and creative content by students in the seminar are the property of the respective writers and may be used only under the same Creative Commons 3.0 license with attribution and a link to referenced page(s).
Martin Irvine
cct.georgetown.edu/irvine
irvinem@georgetown.edu