Wong’s article mentioned from a paleontological perspective that population size may have been fundamental in accelerating symbolic thought which possibly helped our ancestors to externalize clan/tribe membership or identity. This underlying logic in prehistoric human communication shows that it was predisposed for social lubrication. This in turn developed the human appetite to communicate better with each other, and also effectively “game” the system by nurturing a talent to manipulate and persuade other humans in a competitive sense. The theory also explains rationally, the current technological race in which we as a human collective (by which I mean the big tech entities) are primarily focused on getting increasingly  better at generating more efficient algorithms so that their machines can work faster than others.

If “that symbolic thought does not come innately built in, but develops by internalizing the symbolic process that underlies language. So species that have not acquired the ability to communicate symbolically cannot have acquired the ability to think this way either” (Deacon), then the billions of lines of code (as symbolic representation) that generate the virtual realities we encounter on a daily basis today must definitely mimic a procedural network in the human brain, albeit a limited part of it. If this does happen to be the case, what more can we do with computers upon a fully mature understanding of the origins of human cognition and its influence of our instinctual craving for symbolic reference?

Most interesting to me was that Donald dubs our books, movies and codes (normatively and rather simplistically labelled cultural artifacts) “distributed” cognitive networks of the human mind that can prove to be a rich material of study for cognitive scientists. It is my emerging opinion that machines will never reach human level intelligence. Their “languages” simply do not have the capacity for an “explanation”. As a result, it becomes almost impossible to program the element of curiosity into machines, which is a large part of thinking like a human being. The level of intelligence exhibited by the most advanced machines today attribute to a very limited method or “network” by which human cognition functions. To reach a point of singularity comes with it a rather cumbersome prerequisite to first clearly understand the early workings of the human mind and how much of it has been hijacked by symbolic representations that we created a long time ago more plausibly on instinct, than by method.

On a non-symbolic note, new evolutionary brain science research purports that the human brain grew in power or intelligence not because of its increasing size, but because we began cooking with fire, which freed up a lot of our time that was previously spent on grazing and foraging. This finding leads one to comfortably speculate that upon the preponderance of the projected omniscient, general or “strong” Artificial Intelligence, when most of our jobs are rendered obsolete by automation, we are going to find ourselves in more productive leisure cultivating a further exponentiation of the human brain’s cognitive prowess, rather than a collective numbing of the human mind.

Merlin Donald makes an analogy in his study that a man connected to a culture network is like a computer connected to the Internet–his mind becomes more intellectually powerful. The amplification of this power, however, depends on the network-level cognitive resources held by the culture he belongs to. Apparently, cultures are not equal for they varies by the amount of resources they hold, whether material or intellectual. And technologies have the function of amplifying of the intellectual power of a culture.

Along the way of history, human beings are used to employing technologies to boost the overall intellectual power of a culture or a society.

The implied participation of technologies can not be ignored in the system of cognitive phases first proposed by Donald and later revised by Colin Renfrew. In the first three phases of the system, which are episodic culture, mimetic culture and Linguistic or mythic culture, technologies were used by our ancestors to hunt preys, shelter themselves and also produce symbols that had shared meanings among a certain group. Projectile technology was even considered by some researchers as a hypothetical reason of the emergence of symbolic thinking and behaviors.

In the phase of symbolic material culture, human beings picked up agriculture and started establish permanent settlement and monuments–building, a clearly symbolic behavior, could not be done without certain technologies. Things that were built, along with other artifacts, became symbols for various purposes.

Technologies are undoubtedly involved in the fifth phase, theoretic culture. Writing is the key factor of external symbolic storage. Writing requires technologies like producing pen and papers, and building something resembles libraries or study rooms to store the written information.

So you see, along the way, technologies have been used for making all kinds of symbols thus enlarging the intellectual power of the society and pushing the symbolic phases forward, which process is still continuously taking place nowadays, even more rapidly. For example, computer and Internet allow us to acquire and store information conveniently. People can talk to each other through text, voice or video  (a symbolic behavior) even when they are 1000 miles apart. Human beings communicate with each other far more efficiently than they did in ancient times, though still through symbols.

Such technologies are crucial in defining the real intellectual power of a culture. They not only allow cultures to preserve more complex ideas and traditions, but changed how they achieve this.

Last week we talked about some basic concepts and theoretical models in Semiotics. Obviously, human language is a kind of semiotic system, but how do we human beings achieve the ability to build such a complex structure that no other creatures on earth can ever got command of?

First of all, I think it is an extremely ultimate question to biology/linguistics/anthropology as “how does the universe begin” to physics. So we cannot expect an explanation by which everyone can be convinced of. But there are several methods for people to gradually approach the answer to this question about what happened millions of years ago. Archaeology and anatomy here are our best tools.

Wong, in the article the Morning of the Modern Mind, dates the beginning of the cognitive evolution even earlier than scientists once did. It was usually deemed that the switch from Middle to Upper Paleolithic was the key point in human beings’ development from all aspects, when tools sharply advanced and the rudiment of arts occurred. But in this article, the author  assumes that the capacities of symbolic thoughts have rooted in the last common ancestor of Neandertals and H. Sapines (Wong, PP90).

This assumption implies a concept mentioned in Deacon’s book — mentalese (Deacon, PP12). Mentalese is presumed to explain how people’s language acquisitions happen, and also reflect a process that human beings’ language ability is gradually prepared by evolution, lain dormant in the brain, then somehow awakened. This continuous process contradicts another theory, whose proponents represented by Chomsky, that language ability is form discontinuously. Here I feel Deacon is also in the latter camp. What he does prominently, I suppose, is to deconstruct the term “Language Ability”. As he claimed, intelligence, grammatically rules, articulate sound production and etc. should all be the results of language evolution, not the causes. Instead, only the symbolic reference can be regarded as the basis (Deacon, PP26). Furthermore, the author defines three types of associations between concepts and signs in communication: iconic, indexical and symbolic, among which there’s a hierarchical relationship, supporting the upper form with many lower associations. Above all, the first two types of associations can also be found in animals’ communication, yet only the stable associations between the third type — symbols themselves — is the very essence of human language (Deacon, PP42). That is, we can use words to refer something not physically exists, and we have dictionaries, where words are further clarified by more words.

All Deacon’s analyses seem quite reasonable to me, and it occurs to me an explanation why human beings can develop a symbolic system that no other creatures can ever got command of — because we need it. During the evolution, the population dramatically increased, as well as the complexity of human’s daily activities, compared with all other creatures on earth. It may be this kind of complexity that decided human couldn’t use the methods like animals’ to communicate, because of the more diverse ideas needed to be conveyed. In contrast, the associations between symbols and the recursiveness make them the most economical methods to express ideas. It was the needs that drive us to be symbolic species. As is also implied in Deacon’s book, the evolution of language among all creatures are not linear (Deacon, PP16). Human language is not the summit of all ways of communication.

It occurs to me that while reading Deacon, I WAS taking part of the most wondrous miracle ever happens to human—decoding symbols! Sadly the miracle is not working its whole magic, since I can only understand part of the readings.     😛

What makes us a symbolic species? And how?(This big question literally haunted me during the week. )

After reading, I came into a rough summary from my own point of view:

Even though it helps me grasp the erratic gist of the required readings this week, I myself don’t trust this summary. Because some of the aspects are so intertwined or so contradicted to each other that keep confusing me with the ideas (or questions) like: what is the order? It just…I don’t know, has to be a proper order that human became a symbolic species step by step, right?

AND…my question continuous as why does mimetic adaptation remain debatable since it’s the first step we learn about symbol? Are there any counterexamples that against the link from symbolic capabilities to mimetic cognition?

However, it has been more and more clear to me about the general trend toward better tools, machines and technologies. The answer I believe doesn’t lie in the field of computer science, but the field of bio science.

The reason I conclude that is the develop trend of human tools. After the time of “the bigger the better”, now human shows an obvious preference to smaller, or in other word, simpler tools. The communication tools are becoming more and more small and intelligence. More and more functions are condensed in one single device. More and more techs are link to human body. 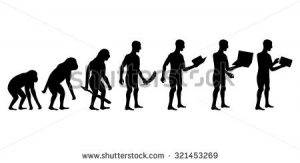 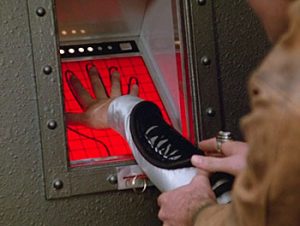 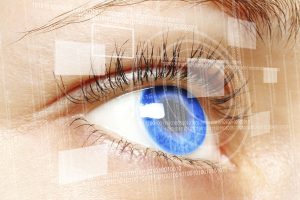 So, the ideas I want to share is that in times, tools, machines, technologies might be simpler and by doing so requires the help of human biology. Time will come when human itself became most of the tools we need. It’s a long shot. Hope I can live to witness.

Copyright and uses of this site

© 2016
Course files by Martin Irvine are licensed under a Creative Commons Attribution-Noncommercial-No Derivative Works 3.0, United States License. All educational uses permitted with attribution and link to this page or appropriate pages. Cited and quoted sources are the property of the copyright holders.