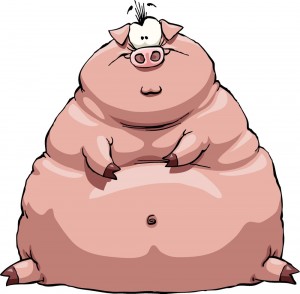 It is somehow difficult to measure and compare the waste produced by hogs with that by human beings. There are a lot of factors contributing to the difficulty. First of all, the definition of waste may complicate the situation. In addition to human feces, human waste can also include sewage from housekeeping purposes and other daily living needs. While for hogs, the water used for cleaning is hard to measure. It is also noticeable that human feces are sometimes diluted by water, thus are different from pig or hog manure, which are more commonly in solid forms and more concentrated. Therefore, feces alone are included in the fact checking process to compare the two parties’ waste. According to Dr. Mark Sobsey from the University of North Carolina, an adult swine produce about 10 times as much as feces as a human. Such figure is far more than the claimed amount in the film. North Carolina, the second largest hog farming state after Iowa produces 40 million gallons of manure each day with its total 10 million hogs–that’s more than the number of people in the state. Therefore, the factory with 2,400 pigs in the film actually produces the waste same as that of a city with 24,000 people.

Related information on hug manure pollution, especially the case of North Carolina can be access via this link. Please click on hog manure and fecal pollution sources for further explanations.

Quickly accessible, concise information about each of the 50 states and the District of Columbia! (2013, June 26). Retrieved November 20, 2014, from http://www.stuffaboutstates.com/agriculture/livestock/hogs.htm

This website is a fact-checking project for the Food Politics class of the Communication, Culture and Technology (CCT) program at Georgetown University. The project focuses on the food documentary Fresh (2009) and examines the claims made in the film. Please refer to the introduction page for further information of the film. Also, please feel free to leave your comments on each claim’s section. Let’s start the fact-checking journey now!