Hunger In The U.S. 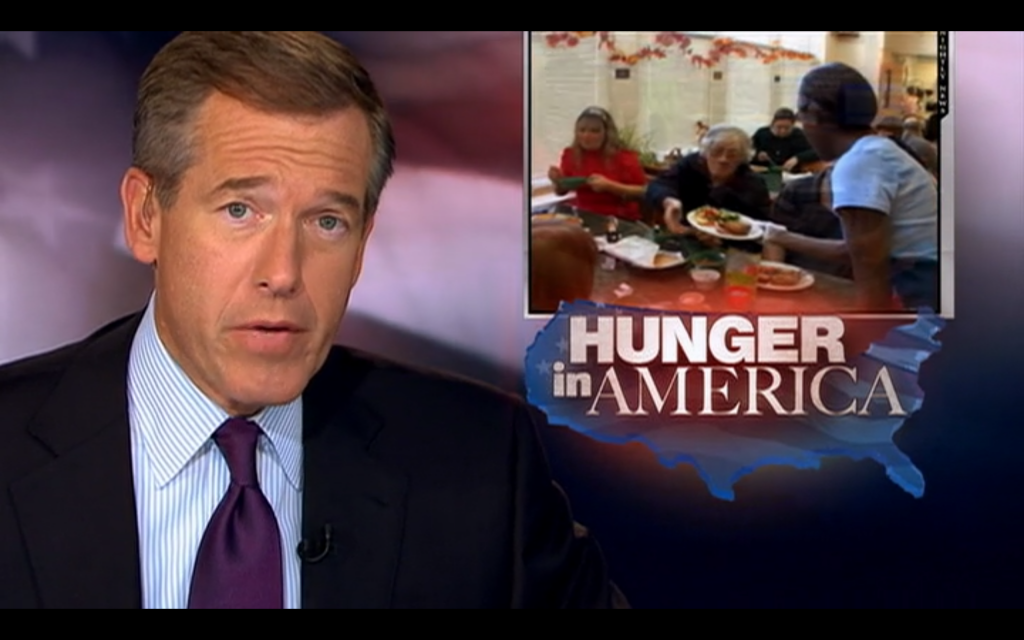 Claims: Two clips are shown from news broadcasts. The first states that, “A survey from the US Department of Agriculture reports 1 in 6 Americans say they don’t have enough to eat.” The second claims, “Last year, nearly 30% of US families were classified as food insecure.”

Fact: While it is unclear which year these clips are from, according to the USDA, in 2011, 16.4% of the US population was food insecure – which is 1 in 6 individuals.

According to a 2012 study done by the Food Research and Action Center, 18.2% of households answered yes to the question, “Have there been times in the past twelve months when you did not have enough money to buy food that you or your family needed?” This is generally considered the loose definition of food insecurity. 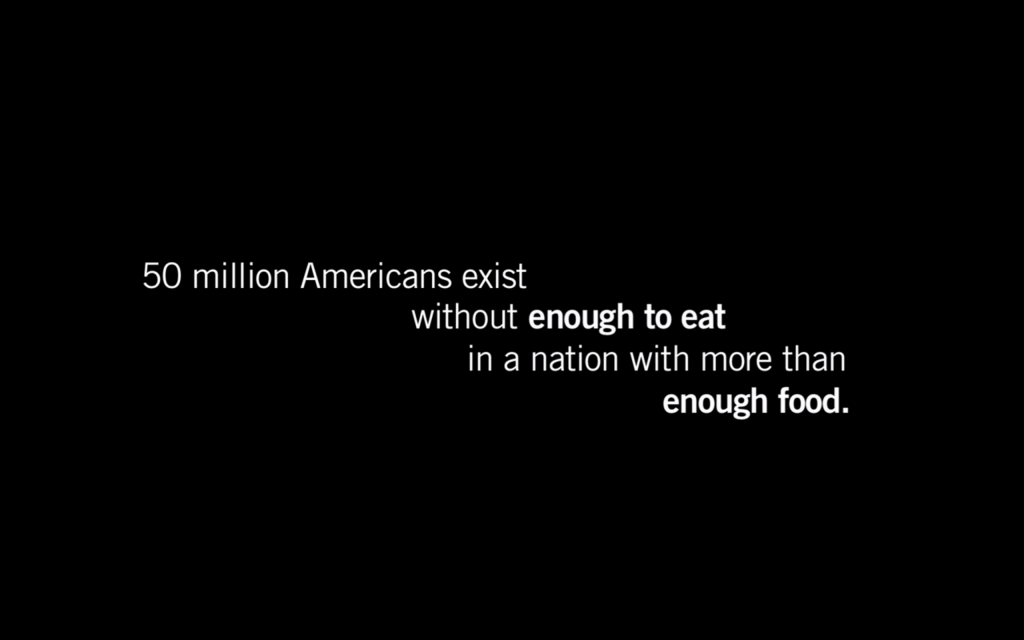 Claim: 50 million Americans exist without enough to eat in a nation with more than enough food.

Fact: This is one of the central claims of A Place at the Table that the movie is marketed around. According to the USDA, in 2011, 50,120,000 individuals were classified as food insecure. 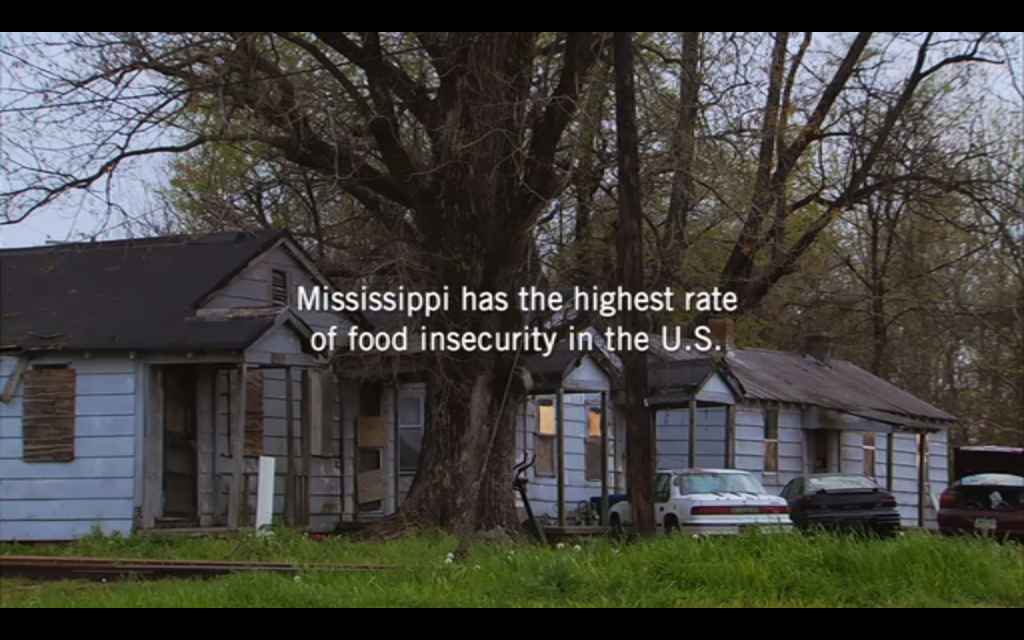 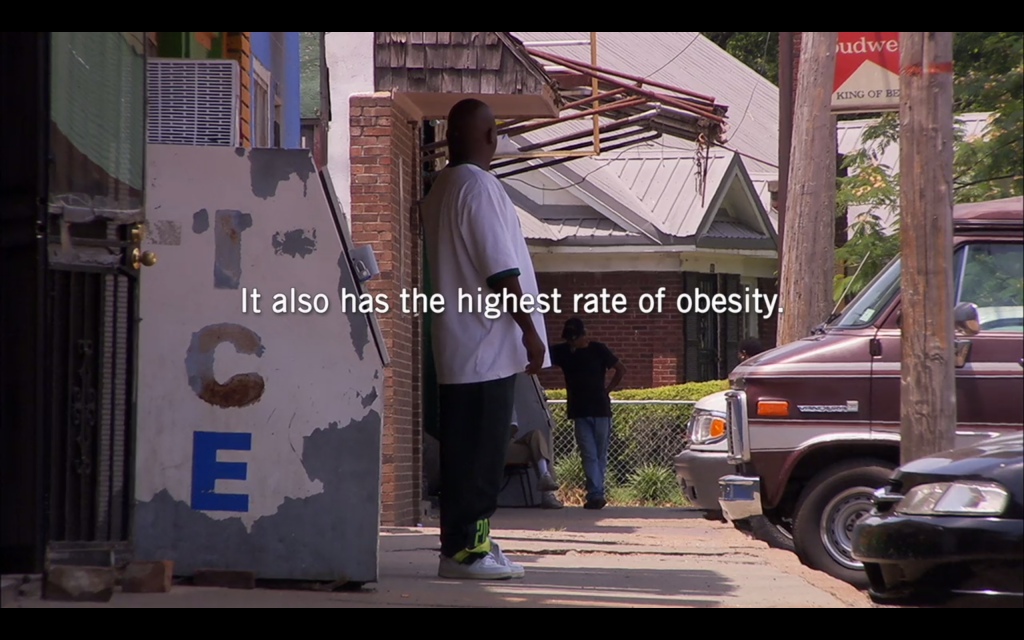 Fact: According to USDA statistics about average food insecurity 2011-2013, 21.1% of Mississippi’s population is food insecure. Arkansas is slightly higher at 21.2%, but according to the study: “it is not certain that the prevalence of very low food security was higher in Arkansas than in the States with the next 9 highest prevalence rates.” Therefore, Mississippi likely does have the highest rates of food insecurity.

Statistics from the CDC state that two states–Mississippi and West Virginia–had obesity rates of 35% or greater as of 2013. 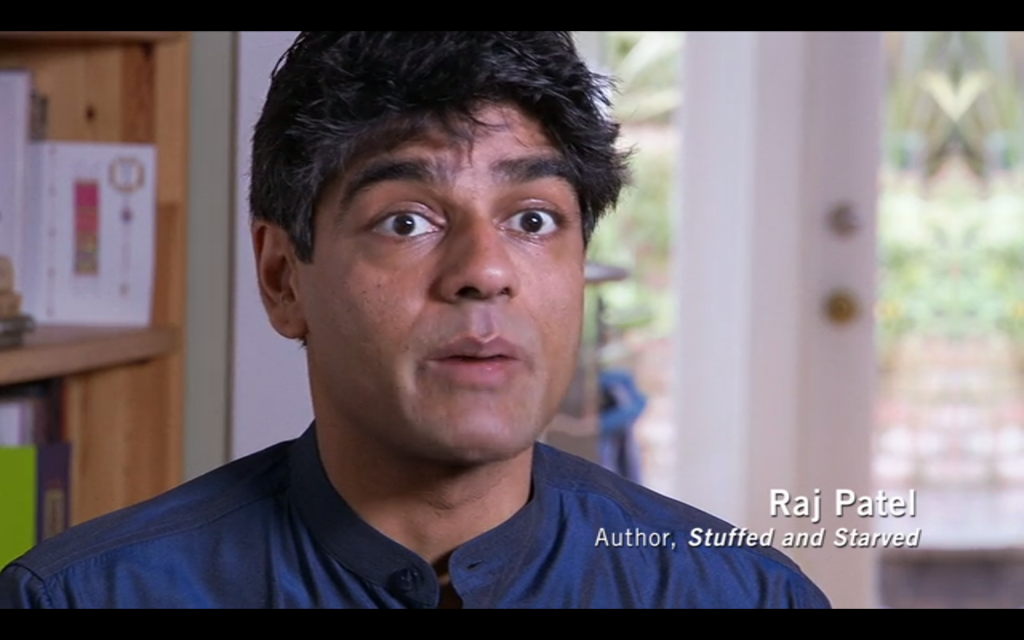 Claim: “Obesity and low income go together because they are both signs of not having adequate funds to stay healthy.” -Raj Patel, author of Stuffed and Starved

Fact: While this is a general claim, it is still important to verify because it is echoed throughout A Place at the Table. According to CDC statistics on adult obesity:

The Food Research and Action Center cites several reasons why this is a case, including limited resources and lack of access to healthy, affordable foods, fewer opportunities for physical activity, cycles of food deprivation and overeating, greater exposure to marketing of obesity-promoting products, and limited access to health care. 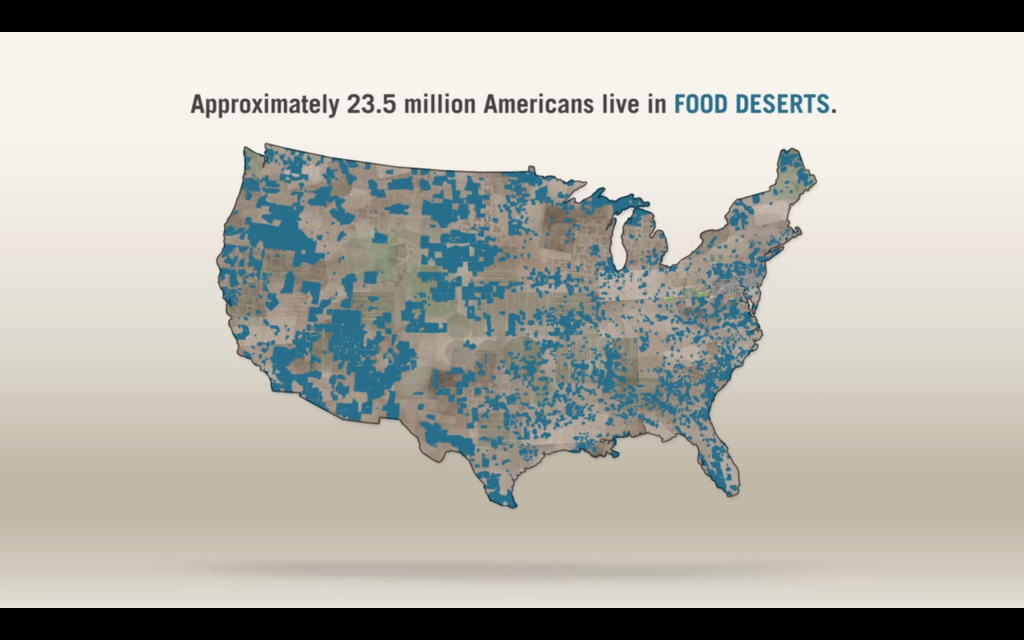 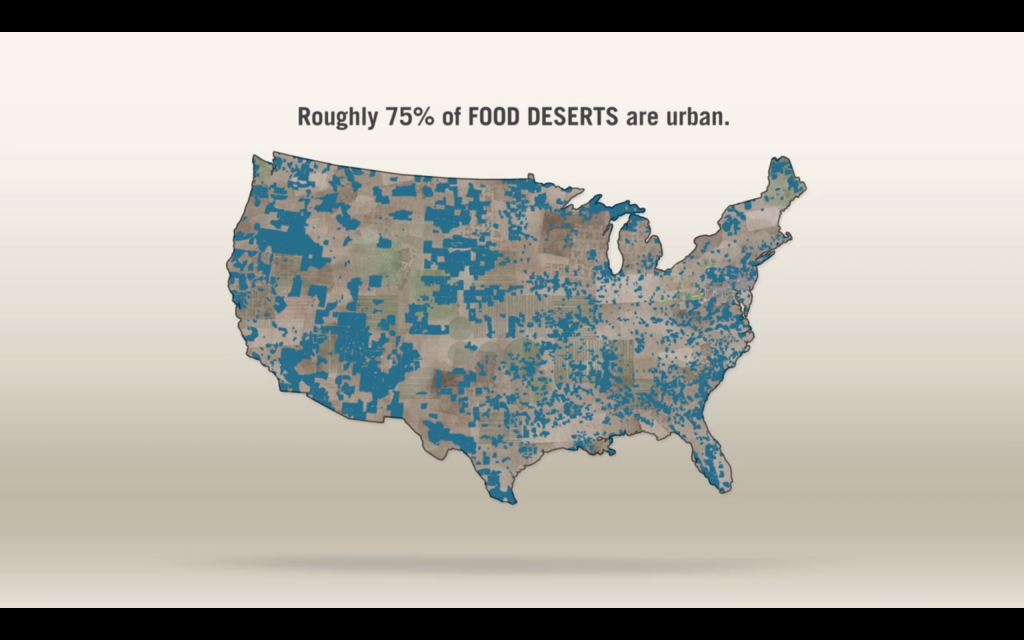 Fact: According to the USDA, 23.5 million Americans do live in food deserts. Standards to determine a food desert vary with rural and urban areas–in urban areas, it is generally considered to be more than 1 mile away from a grocery store or supermarket, while in rural areas, it can be up to 10 miles. The same study states that there are 64,999 food desert tracts in the United States, and 50,784 of those are urban–78% of food desert tracks. 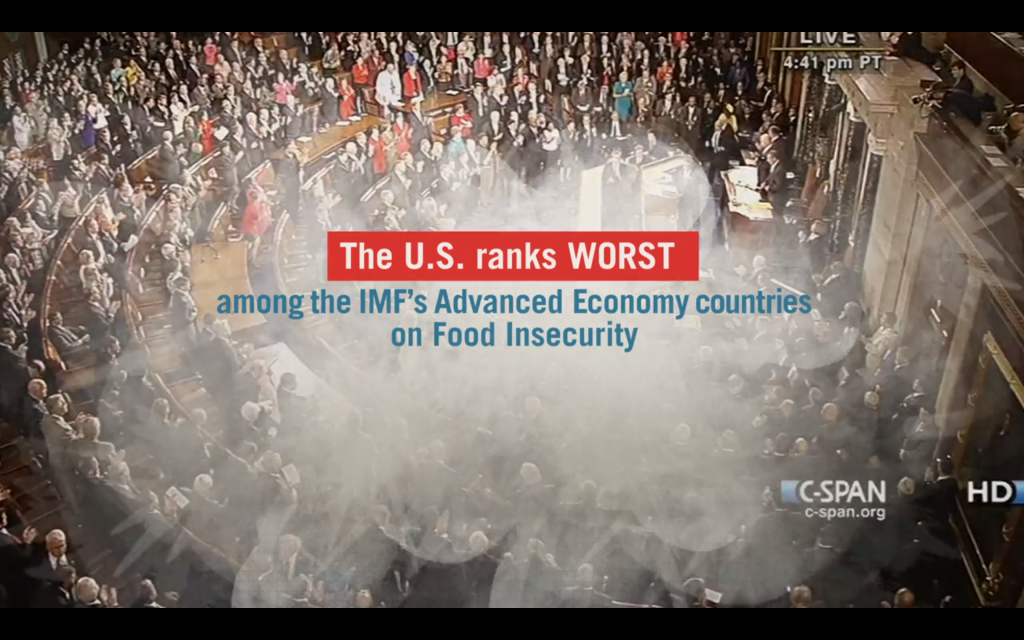 Fact: The International Monetary Fund (IMF) defines food insecurity by the percentage answering yes to the question: “Have there been times in the past 12 months where you did not have enough money to buy food that you or your family needed?”

According to their 2011 rankings, the United States comes in at 16%, but so does Korea. The IMF does not include percentages for all countries listed. 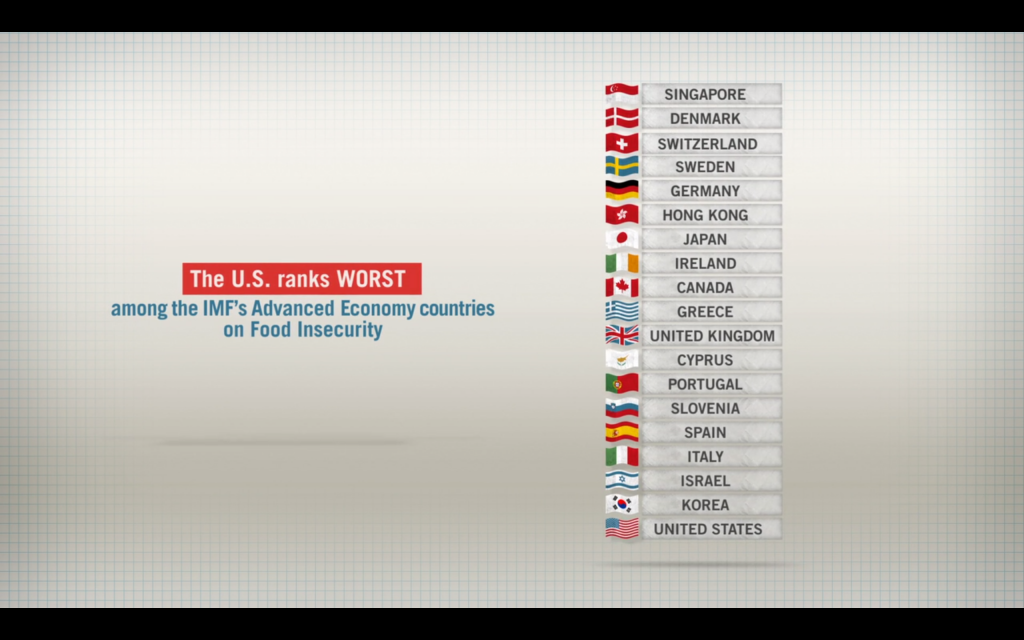 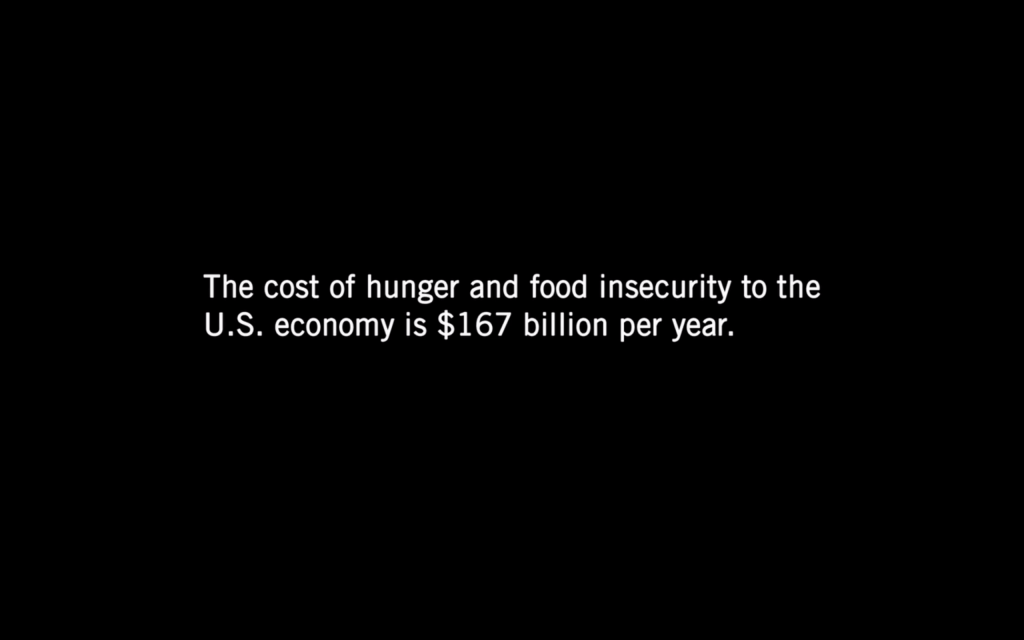 Claim: The cost of hunger and food insecurity to the U.S. economy is $167 billion per year.

Fact: According to a 2011 study by the Center for American Progress: “Hunger costs our nation at least $167.5 billion due to the combination of lost economic productivity per year, more expensive public education because of the rising costs of poor education outcomes, avoidable health care costs, and the cost of charity to keep families fed. This $167.5 billion does not include the cost of the Supplemental Nutrition Assistance Program and the other key federal nutrition programs, which run at about $94 billion a year.”