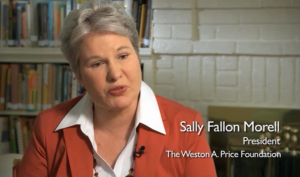 #2 – FALSE: Potential health benefits of raw milk are NOT widely accepted, but are debated.

Are the health benefits of raw milk widely accepted?

US government agencies disagree on the health benefits of raw milk:

“According to the Centers for Disease Control (CDC), between 1993 and 2006, 1500 people in the United States became sick from drinking raw milk or eating cheese made from raw milk. In addition, CDC reported that unpasteurized milk is 150 times more likely to cause foodborne illness and results in 13 times more hospitalizations than illnesses involving pasteurized dairy products.”

The Centers for Disease Control (CDC) [2014] does not think raw milk is safe for consumption:

“From 1998 through 2011, 148 outbreaks due to consumption of raw milk or raw milk products were reported to CDC. These resulted in 2,384 illnesses, 284 hospitalizations, and 2 deaths. Most of these illnesses were caused by Escherichia coli, Campylobacter, Salmonella, or Listeria.”

“States that allow the legal sale of raw milk for human consumption have more raw milk-related outbreaks of illness than states that do not allow raw milk to be sold legally.”

CDC also does not believe that raw milk relieves allergies: 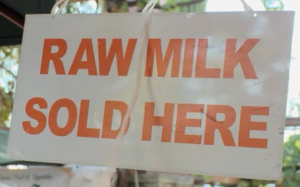 On the safety of raw milk:

Stephen P. Oliver , a professor in the Department of Animal Science at the University of Tennessee, Knoxville, et. al. wrote:

“Groups that support the consumption of raw milk such as the Westin A. Price Foundation are vocal and very passionate about this issue. Enhanced nutritional qualities, taste, and health benefits have all been advocated as reasons for increased interest in raw milk consumption. Science-based data to substantiate these claims are limited or lacking” (794).

On the impact of raw milk on allergies:

“Most importantly we need to undestand which components and mechanisms are underlying the observed protective effect and risks to ultimately be able to utilize safe and protective milk as a means of primary prevention. Until then, the consimption of raw milk can in no ways be recommended as a preventative measure for allergic diseases” (41).

However, she does not in a clinical study, that animals responded positively to agents in their mother’s milk that helped prevent allergies:

“Breast milk from antigen-exposed sensitized mother mice containing OVA-IgG immune complexes that were transferred to the newborn induced oral tolerance in the offspring. Whether modern milk processing may alter the context of allergen presentation of bovine milk and thus influence its allergenic potential obviously remains to be elucidated.” (33)

In conclusion, it cannot be determined that raw milk has widely accepted health benefits and properties that help reduce allergies.