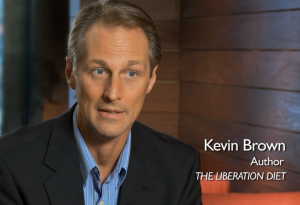 Fact: “72% of country obese or overweight.  Every year it’s getting worse.” — Kevin Brown, author of The Liberation Diet.

TRUE: According to the National Institutes of Health (NIH), more than 2 in 3 Americans are either overweight or obese, and the rate has slowly increased over the past 50 years.

According to the National Health and Nutrition Examination Survey (2009-2010), more than 2 in 3 adults are considered obese or overweight. HHS and the National Institute of Diabetes and Digestive and Kidney Disease attributes an “energy balance,” or poor diet, to be the main cause of obesity in America.

Among obese and overweight Americans, men, Hispanics, and African-Americans are the most likely to be effected.

This trend towards obesity has been increasing over time.

The same NIH report as above notes, “since the early 1960s, the prevalence of obesity among adults more than doubled, increasing from 13.4 to 35.7 percent in U.S. adults age 20 and older.”

Lastly, a 2012 Reuters article notes how “Obesity rates among U.S. adults have more than doubled from the 15 percent of 1980. In that same time, they have more than tripled among children.” By 2030, “the Trust for America’s Health and the Robert Wood Johnson Foundation projects that half of U.S. adults will be obese by 2030 unless Americans change their ways.”

Overall, rates of obesity and overweight Americans hover around 72% and have significantly increased since the mid-20th century, largely due to Americans consuming more calories than they burn.