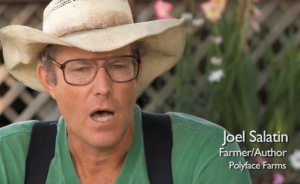 Fact: “There are bills in Congress that allow the FDA to conduct unwarranted searches of small farms.” — Joel Salatin, Farmer/Author, Polyface Farms.

This new legislation came out of incidents surrounding food contamination from 2006 – 2010, which included E. Coli tainted Spinach, contaminated foods from China, and Salmonella in peanut butter.

According to the Congressional Research Service (CRS), this new law expands the FDA’s ability to conduct food safety inspections rather than create new food safety structures or agencies. The provisions in this law will:

But, Congress.gov summary explicitly states that the law:

“Exempts certain establishments that sell food directly to consumers, such as roadside stands, farmers markets or participants in a community supported agriculture program, from specified requirements of this Act.”

According to CRS, business qualifying for an exemption are defined as businesses with an annual monetary value of $500,000 or less during the previous 3-year period.

Additionally, U.S. Senators Tester (D-MT) and Hagan (D-NC) sponsored two amendments to remove local food growers and processors from federal oversight and keep them within existing regulatory framework under state and local sanitation laws and rules, language that was included in the final text of the Senate version (S. 510) that was reconciled with the House version of the bill, H.R. 2751.

In conclusion, on looking at the law itself, it is true that it expanded the FDA’s ability to conduct food security inspection, but it explicitly left out small farms, such as Mr. Salatin’s.