In our work de-blackboxing Google Translate, we learned the DNN’s job is to solve a problem. In the case of Google Translate the problem was to translate a phrase or sentence from one language(input) to another(output). In the case of a voice triggered personal assistant, the DNN will need to decode a voice command (input) and perform a task or answer a question (output). A Recurrent Neural Network was needed for Google Translate and for Apple’s Siri, a DNN Acoustic Model.

(If using Siri on an iPhone) 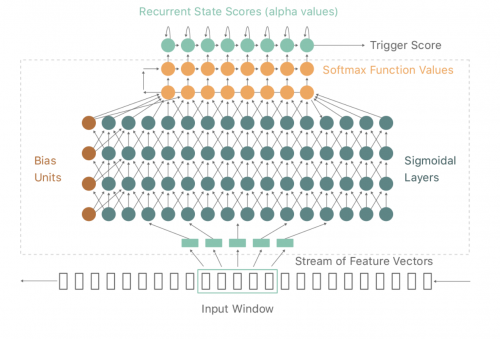 5. The way that the acoustic pattern is further detected is: if the outputs of the acoustic model have a high enough phonetic score for a target phrase. This process is further solidified through training –  over time, the more times a phrase is detected accurately – the more valid the sequence becomes. This process is shown in the top layer of image above as a recurrent network with connections to the same unit and the next in sequence (Team Siri, 2017).

The DNN “hidden” layers in the neural network consist of learned representations during the training period of taking acoustic pattern (input) to sound classes (output).

In order to recreate the voice Siri’s voice trigger system – the main components we would need:

This image looks at the active speech input procedure as a flow chart and includes the process of ranking interpretations for semantic relevance (process mentioned above) – this was also a key feature in the Google Translate process. 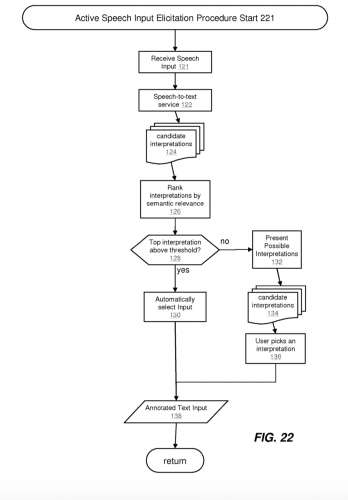 This quote is expressed in a useful image below – and helps to visualize the coordination of the components mentioned above. 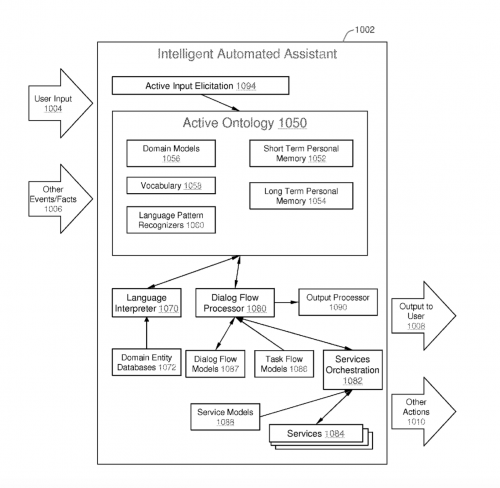