Reflections from a Christian on Racial Justice Activism

Posted on July 14, 2020 by Office.of.Campus.Ministry [Organization] 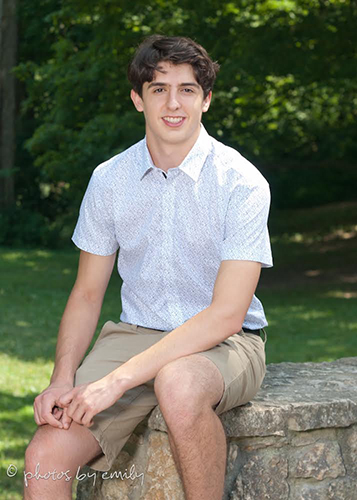 A little over a month ago I had the opportunity to participate, along with a group of friends, in one of many protests occurring nationwide in response to the unacceptable prevalence of police brutality and systemic racism in the United States. The particular protest I joined was located in my hometown of Indianapolis and was organized as a sit-in on the lawn of the Indiana Statehouse. The organizers, a group called Black Women in Charge, were amazing. Most were college-aged or not much older, and they had managed, in a matter of days, to put together a sit-in ten-thousand strong — one of the largest protests the city has ever seen — and to secure the presence of Mayor Joe Hogsett and U.S. Congressman André Carson. I have no doubt that the Holy Spirit was present with them.

Neither the organizers nor the political figures were the focal point of the sit-in, though: that role belonged to the protesters. The crowd gathered in Indianapolis that Saturday was diverse, not just in race, but also in age and gender. The protesters were people I see on the street every day. This was a remarkable and deeply moving experience: to see so many of my neighbors engaged together in action for racial justice. 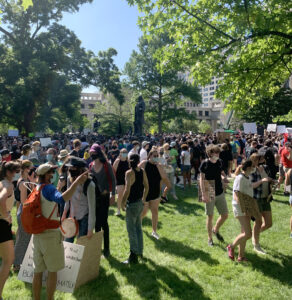 The sense of community I felt went beyond the common goal we shared. It also lay in the interactions we had with each other, nearly everyone wore masks out of concern for the health of others, and those without masks could pick them up at one of the many stations set up by protesters, who also supplied water and snacks – all free of charge. This spirit of oneness and solidarity was deeply spiritual. I had the same sense of awe, humility, and gratitude I often feel at church.

At one point, soon after my friends and I arrived at the sit-in, a man addressed a small group of protesters. In emotional terms, he tried to explain the hurt he and his community too often experience, the pain that America inflicts on its Black citizens, and his sense of helplessness in addressing it. He made it clear that my generation will have to find new ways of addressing racial injustice. The booths that organizers had set up to register people to vote provided one element of that solution. The speaker’s exhortation to bring the message of justice to those not in attendance was another.

In order to see true progress toward racial justice in the United States, it is necessary for people like me to spread an understanding of the current reality of racial injustice among family, friends, and acquaintances. Our work goes beyond mere awareness, though: we must also create the collective resolve to eradicate systemic racism. When that seems like an overwhelming task, I draw strength from the inspiration I felt at the sit-in and from the knowledge that, as a Christian, it is my duty to seek justice.