Posted on July 10, 2020 by Office.of.Campus.Ministry [Organization] 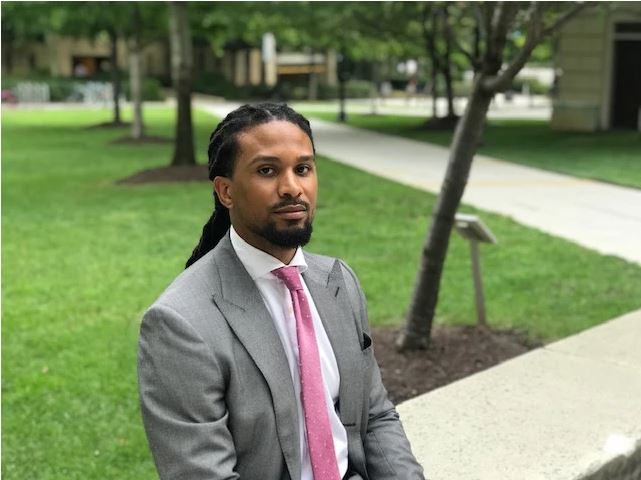 As I looked towards the Capitol, I saw a sea of people beginning to march in my direction down Pennsylvania Avenue. Myself and my fellow Georgetown Black Law Students Association (BLSA) members stood ready to provide snacks, water, and hand sanitizer to the multitude of protesters heading toward us. As the crowd passed us by, I noticed something very strange—the staggering number of White protesters. I stood in awe at the sight for I never knew so many White people supported Black lives. One question immediately came to mind: where have you been? Then another question quickly followed: where were you when Travon was murdered? Sandra Bland? The list goes on and on.

My Christian faith has greatly influenced my commitment to social justice, but I find myself asking the Church the same question: where have you been? I am a Presbyterian and the son of a Presbyterian minister. I am a member of 15th Street Presbyterian Church, the first Black Presbyterian Church in Washington, DC. As a child, I learned the church’s rich history in the fight for civil rights. Paul Laurence Dunbar, the first Black high school in DC, was founded secretly in 15th Street’s basement. The fiery orator and abolitionist, Henry Highland Garnet, served as pastor of 15th Street during its early years. It wasn’t until I was old enough to attend the Presbyterian Youth Triennium that I realized there was a Black Church and a White Church. Previously, it had never dawned on me that White Presbyterians existed.

Apparently, the Church, like many other institutions in America, is racially segregated. This understanding has often left me feeling conflicted about the Church and my faith in the institution. How could the Church ever hope to truly champion racial justice—let alone any social justice cause—as a house divided along race. Malcolm X famously highlighted the Church’s racial split when he said, “The most segregated hour in American life is high noon on Sunday.” If the entire Church, not simply the Black Church, committed itself to civil rights and the abolishment of systemic racism in America, it would be powerfully reassuring to me as a sign of change in the hearts and minds of racist America.

Perhaps, the turnout for the Black Lives Matter protests, with its large number of White protestors, is a sign of things to come in the effort to eradicate racism in America. However, I will be closely watching to see how long this unified concern for racial justice continues once the country moves on from the killings of George Floyd and Breonna Taylor at the hands of the police. When the next racially-motivated killing of a Black person occurs, my question to the Church, White protestors, and all of the organizations and businesses standing with us now will be: are you still with us?