Being a senior in the time of COVID-19: A little less action, a little more contemplation.

Posted on May 15, 2020 by Office.of.Campus.Ministry [Organization] 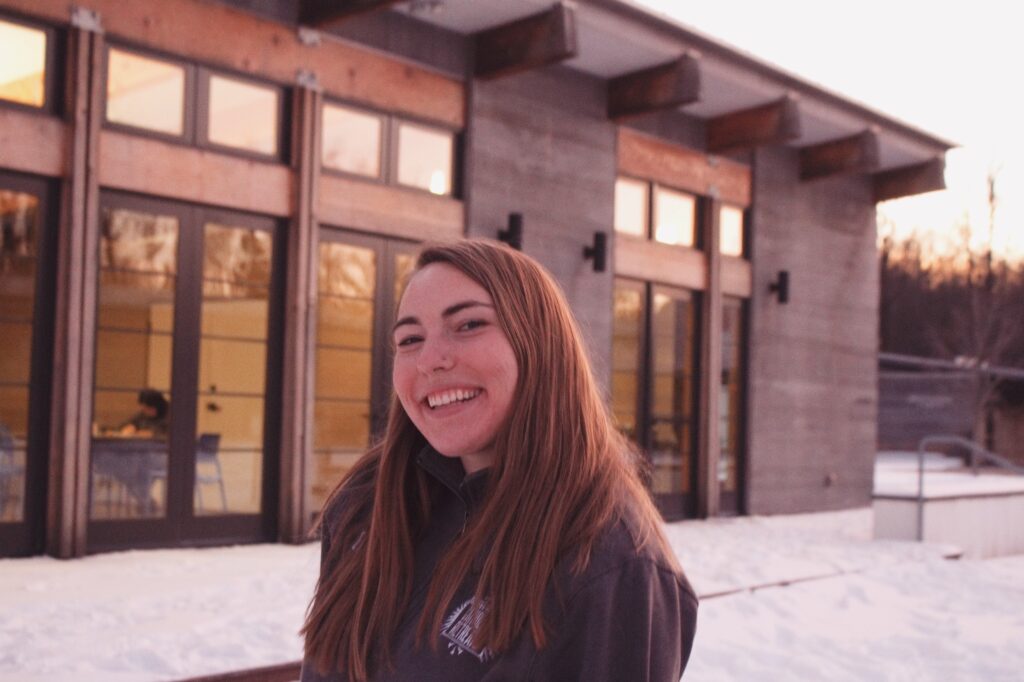 Normally, at this time of the year, seniors are busy preparing for graduation, roaming campus with friends wearing commencement regalia taking photos on the steps of Healy Hall, and fielding questions such as where will you be working, or how are you preparing for the next chapter in your life? But this year is not a normal year.

The Class of 2020 finds itself grappling with a whole new set of circumstances brought about by the fallout from the COVID-19 pandemic.

While the transition to a virtual learning environment marked a dramatic shift in plans for their final semester of college, some seniors are reflecting on the many ways their lives have been enriched by their four years at Georgetown, and how this has prepared them for their current reality.

Emily Jonsson (C’20) is one such senior. A Classics major, with minors in Anthropology and Government, Jonsson says the last thing she expected to be doing in March was moving back in with her parents. “But I also know that the moments that I will never forget, both at Georgetown and in general, are the ones I [did not anticipate].”

She also says that being back home and living under stay-at-home orders has provided her with an abundance of time for contemplation and to take stock of the values she holds dear and the practices that help sustain her.

“One thing in particular that I have been drawn to during this time, especially as I leave Georgetown on a very open-ended note, is the idea of forgiveness in the Catholic tradition,” says Jonsson.

“What does it mean for me to leave Georgetown without that sense of closure? All of the should’ve, would’ve, could’ve…it’s all [I] have. And at the end of the day, I either carry that weight with me or I recognize that I am forgiven,” she says. “Grappling with this idea throughout this crisis has brought a greater sense of peace with how I am leaving college.”

Jonsson also finds herself journaling and meditating more now than she did on campus. She says Georgetown has always been full of so much “action” that there was little time for “contemplation” — except when the time was intentionally set aside for it. Perhaps, this is why I frequented the CCC —  Calcagnini Contemplative Center, the University’s retreat center — every semester, she wonders.

Jonsson’s four years at Georgetown have largely been fueled by an innate curiosity that compelled her to explore opportunities — something she fully encourages all students to do — and following where they take her. For instance, an interest in meditation prompted Jonsson to attend Sunday night Āratī, one of the many different religious services offered by Campus Ministry. Āratī was a chance to spend time in conversation with Brahmachari Sharan, Director of Dharmic Life and Hindu Spiritual Advisor which, in turn, motivated Jonsson to sign up for two Magis India trips. Taken together, these moments not only add up to a better understanding of meditation, but they also helped deepen Jonsson’s understanding of her own faith.

“Talking to Brahmachari helped me learn how I can take practices that are typically attributed to other religious traditions and develop my own religious and spiritual practices within the tradition I was raised [Roman Catholic],” says Jonsson.

This Saturday, May 16 Jonsson and the rest of the Class of 2020 will gather online for the 2020 Conferral of Degrees in Course and, although the moment will be colored by the pandemic and especially bittersweet, Jonsson is grateful for all that Georgetown has brought to her life.

“Regardless of what the next step is in my life,” says Jonsson, “I refuse to lose that sense of wonder, that feeling of community, the things that allow me to come into wherever life brings me and make it home.”

by Paula Hong with files from Dustin Hartuv

Emily Jonsson (C’20), the self-described Campus Ministry gremlin, has been involved in Campus Ministry since her first semester at Georgetown.  Starting with Catholic Retreats, then in 2017 with Brahmachariji on the Magis: India trips and Ignatian Programs since Spring 2018.