Senior, Ridwan Meah on community, Campus Ministry and celebrating the Month of Ramadan

Posted on May 5, 2020 by Office.of.Campus.Ministry [Organization] 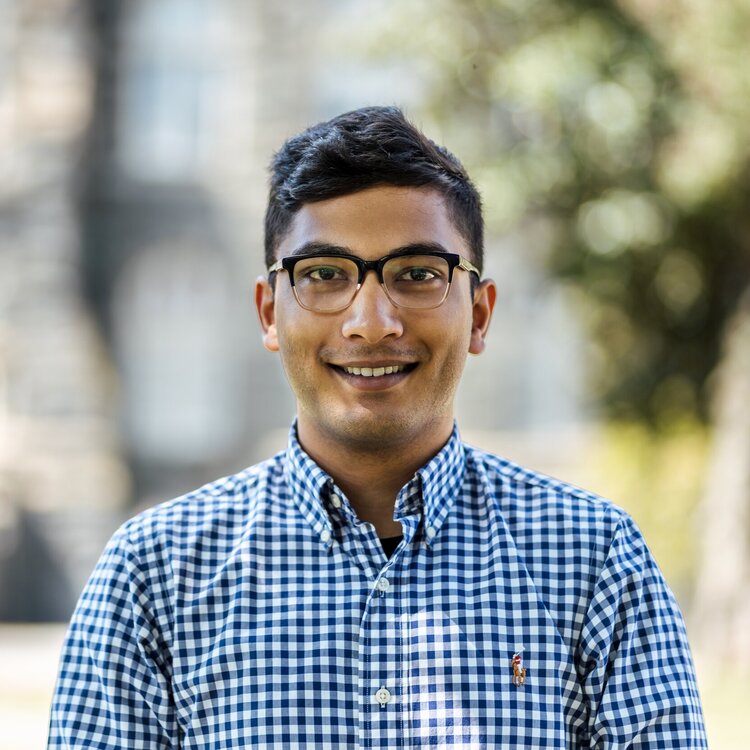 The month of Ramadan is one of the holiest times of the year for the Muslim community. It is an opportunity for both self-reflection and for social gathering to break fast and meet for prayers at the mosque. But, as with many things interrupted due to COVID-19, Ramadan is being observed a bit differently this year.

For Ridwan Meah, a senior in the School of Foreign Service (SFS) studying Science, Technology, and International Affairs, observing Ramadan during this time of social isolation includes reflecting on the traditions he practiced at an early age, but also the traditions he was a part of during his four years at Georgetown.

Meah’s Ramadan memories include visiting the homes of other people for iftar – the breaking of the daily fast during the month of Ramadan – parties, and spending nights in prayer at the mosque with the community. They also include “spending Ramadan with the entire Muslim community at Georgetown last year,” he says.

Georgetown’s Campus Ministry holds special meaning for Meah. After all, it was the first community to welcome him to Georgetown – and that was before he was officially enrolled at Georgetown.

It was in March 2016, during a GAAP (Georgetown Admissions Ambassador Program) weekend that Meah attended Muslim Life’s Friday afternoon Jum’ah where he got to meet the members of the Muslim Student Association. “They were my first community at Georgetown,” he says. “We kept in touch and the rest is history.”

By “history,”  Meah means all of the other ways he’s been involved with Campus Ministry. Just this past year he was a member of the ESCAPE leadership team – ESCAPE is an overnight retreat for first-year students – and developed an intentional relationship with his Residential Minister (RM), Tony Mazurkiewicz, and Campus Ministry’s chaplain for Athletics.

“ESCAPE is part of what makes the Georgetown undergraduate experience an unparalleled one,” says Meah.“It beautifully marries the Jesuit tradition with Georgetown’s pluralist and diverse community, and ultimately empowers all those who go on it.”

As Meah reflects on the past year he recalls other favorite memories, including a meeting with his RM, Tony Mazurkiewicz to discuss a paper about death and the afterlife that he was writing for Professor Peter Phan, in the Department of Theology and Religious Studies.“Tony and his wife Ann, their daughter Amara, and their puppy Abby have become my family away from home,” says Meah.

While on campus, Meah would frequent their “Friday Fuel” open house events – during the academic year on campus all Residential Ministers would host a weekly open house for students – and enjoy their company and delicious goodies to kick off the weekend.