Another Year of ESCAPE Retreats Comes to a Close

Posted on April 26, 2019 by Office.of.Campus.Ministry [Organization] 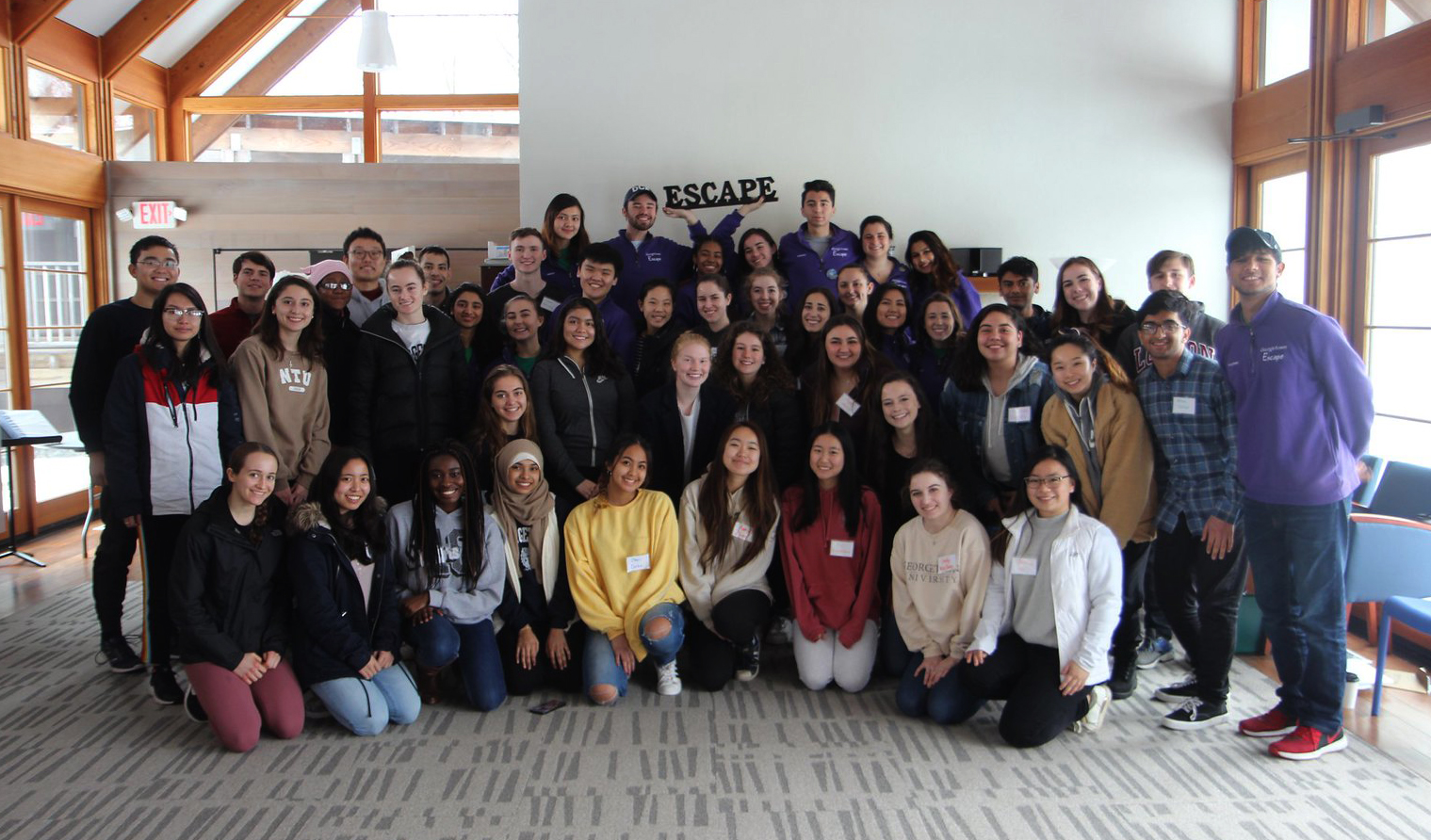 Hoyas on the second-to-last ESCAPE retreat of the year

I was fortunate enough to attend the second-to-last ESCAPE retreat of the 2018-2019 school year this past February. ESCAPE is only open to first-year and transfer students and is designed as an escape from the Hilltop. Getting a spot on the last weekend was lucky especially for those of us who were eager to attend ESCAPE but had yet to find the time.

A day before the retreat, several of the ESCAPE leaders came to my dorm to introduce themselves and to give me instructions on where to meet them the following day. The afternoon of our departure, I found my fellow students and the retreat leaders waiting in front of two massive buses ready to take us to the Calcagnini Contemplative Center (CCC) in Bluemont, Virginia, roughly an hour away from the Georgetown University campus.

Everyone was huddled in front of the buses awaiting the mysteries of the following 27 hours. We all heard about some of the events on ESCAPE, but the rest of the itinerary remained a secret. Later, the leaders would explain that this was intentional, to provide a few surprises along the way.

Once we boarded the buses, we were all told to find a bus buddy, who we would be introducing once we arrived at the CCC. Most people, including myself, only recognized one or two people, and so the bus ride was the first opportunity for us to introduce ourselves to each other.

We tried to entice the ESCAPE leaders into telling us what we would be doing on ESCAPE, but they refused to say anything. It turned out that this was to our benefit, as being unaware of the retreat’s pleasures was a considerable joy to behold (for that matter, if you are considering attending ESCAPE, the following paragraphs may spoil some of the events).

Upon arriving at the center, we placed our luggage in our cabins and met up in the Horace McKenna, S.J., dining hall for a dinner of fried chicken and other delicious fare. We sat at assigned tables, discussing our interests and expectations for the retreat. After dinner, Laura Mintel, the ESCAPE program director, and the leaders, briefly outlined the activities for the rest of the night.

Following dinner, the group went to the Pedro Arrupe, S.J., community building, the main building at the center, where we sang songs, ate snacks, and some of the leaders shared their incredible and emotional stories. After, we were placed into groups where we had time to reflect on these stories and our own lives. I was incredibly pleased by this part of the retreat, as I was finally able to find some time to consider life’s pleasures and sorrows and my journey throughout it all.

The rest of the night included snacks, laughter, and a bedtime story. The mood was contemplative, even after the formal time for reflection had ended. People seemed to be more full of gratitude and consideration for others. 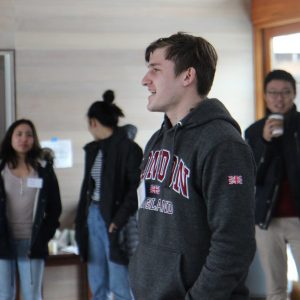 The next day, we were joined by a guest speaker from the Georgetown University community, Jaime Brown, Community Director of Harbin Hall. Brown shared with us her experience of life after college and encouraged us to think about our own lives post-college.

I felt inspired by her words and ready to conquer the world but before that, my college career. Brown told us she was unsure of what she wanted to do with her life after graduation. She said that people always act as though their lives are put together, but this is often not the entire truth.

When she took the job at Georgetown, she was a bit hesitant about living where she worked. In the end, she said, it was beneficial because she got to learn firsthand about the experiences of the students in Harbin. Brown said that listening to people can go a long way and that she always tries to truly understand the issues of others so she will be able to remedy those issues in the future. She said that sometimes people are just confused and need someone to talk with to help them sort out their thoughts and ideas.

I spoke to Brown about what inspired her talk and she said, “I had to wait for a moment when the speech would come to me. I feel like what I said was in alignment with what the people in the audience needed to hear.” Her experiences certainly resonated with the group, and everyone appreciated the opportunity to ponder her advice.

At the end of the day, when it came time to return to Georgetown I noticed the mood had changed to sadness and partial vexation in knowing we had to return to our classes after having so much fun on ESCAPE. I felt so glad to have been able to attend ESCAPE and to have met so many wonderful people whom I had never interacted with before.

On the way back to the buses, we passed by the next and final group of ESCAPE attendees for this school year. I felt a bit jealous thinking about what they would soon discover.

Dustin Hartuv is a freshman at Georgetown and a staff writer for Campus Ministry.