Posted on September 28, 2017 by Office.of.Campus.Ministry [Organization] 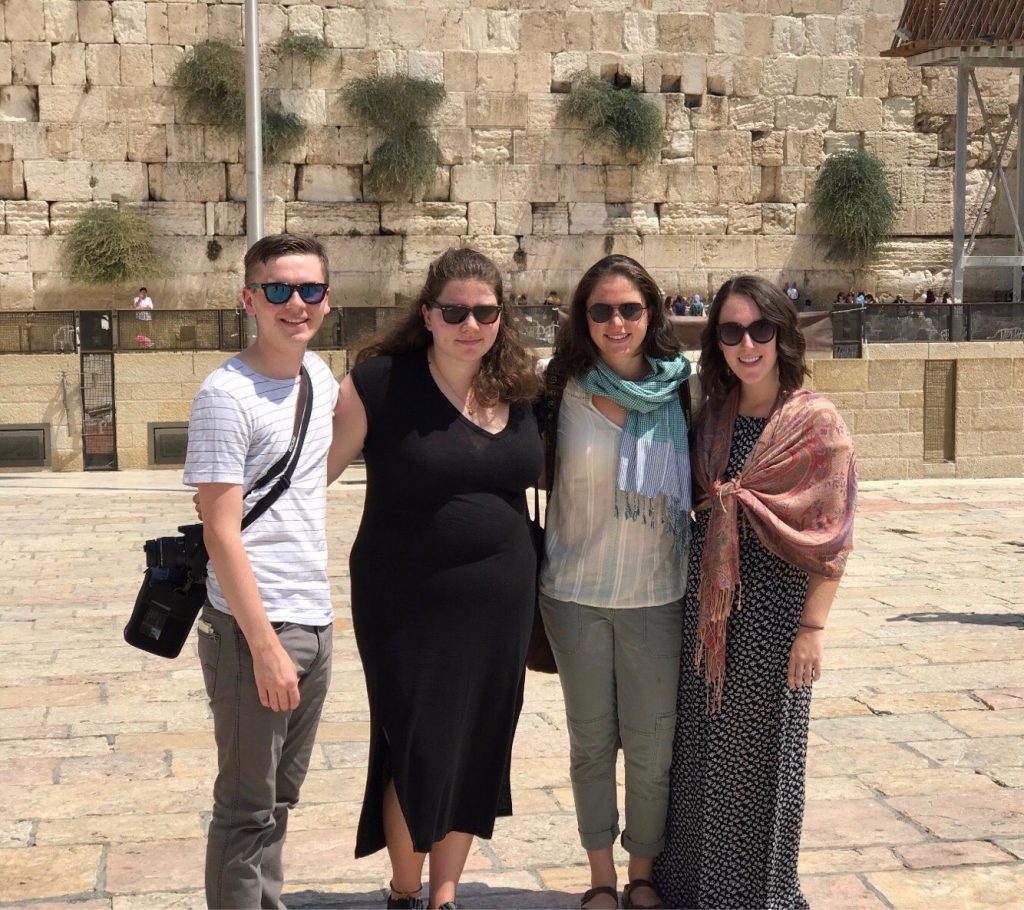 Paige Harouse, a Theology and Arabic double major and student worker for the Office of Campus Ministry, is spending her junior year in Amman, Jordan and Jerusalem, Israel. In addition to writing about her experiences abroad for the Campus Ministry blog, she writes for her own blog and for the Junior Year Abroad Network through the Berkley Center at Georgetown.

Boundaries such as walls, borders, and barriers play a critical role in Jewish history, custom, and tradition.  Some exist in the form of halakhah, or Jewish law.  Halakhic boundaries continue to unite and divide Jewry on issues as diverse as Shabbat observance to the question of “Who is a Jew?”  More boundaries, or, rather fences, exist within a specific interpretation of Jewish law and customs.  “To build a fence around the Torah,” is a statement that refers to those who go above and beyond to protect the observance of mitzvot, the laws and customs required of halachically observant Jews.  While halakhic boundaries can be both tangible and intangible, other boundaries are more clearly delineated.  The immigration quotas that resulted in unnecessary Jewish deaths in the 20th century are an example of this.  The freedom of travel, of immigration, and of residency can be linked back to the Exodus from Egypt, or, alternatively, the Babylonian exile.  These instances are special instances of boundary, when Jewishness defined where Jews could, and could not, settle.  Medieval instances come to mind, with the Venetian Ghetto serving as the classic example.  Of course, defining Jewish land and non-Jewish land wouldn’t be complete without a mention of the Israeli-Palestinian conflict.

I encountered the walls from the last one as I set out from Amman, Jordan, where I am currently studying, to Jerusalem, a few weeks ago.  The cities are a mere 43 miles apart, yet crossing between the two involves taxing to the Jordanian border, then bussing over the trickle of the Jordan River into the Israeli transit terminal, going through Israeli customs, before finally taxing through the West Bank into Jerusalem.  As an American passport holder of Ashkenazi descent, I encountered minimal problems and emerged in Jerusalem some 6 hours after leaving Amman.

Inspired by the month of Elul, a time of reflection and repentance before the High Holiday days, I made it a point to head to the Kotel, or Western Wall.  Tradition brought me there just as much as memory.  I wanted time to reflect.  In the past year, I have seen the Georgetown Jewish community exhibit strength and unity against acts of anti-Semitism while remaining committed to each other and to tradition.  I have seen Georgetown students selflessly support their peers in times of need and distress.  Yet I have also seen friends come together to rejoice for holidays.  Every time I see such acts of defiance, of existence, I’m awed by our resiliency, our commitment to others, and our commitment to life.

So I approached the Wall with these thoughts on my mind.  I went for myself, but I went as a proud member of community that refuses to be silent and continues to act out of interest for others, rather than themselves.  I went to pray for a friend suffering the loss of a parent. I went to give thanks for having been born into a country founded upon religious freedom and plurality.  I went to mark the arrival of a new year, in addition to the beginning of my year abroad.  I stood there, lost in thought, lost in prayer, one hand resisting on the worn limestone.  Eventually I wedged a piece of paper within the cracks before I walked backwards, away from it.  Once I reached a good distance away, I turned around to walk forward into the New Year full of growth, trials, and opportunities. 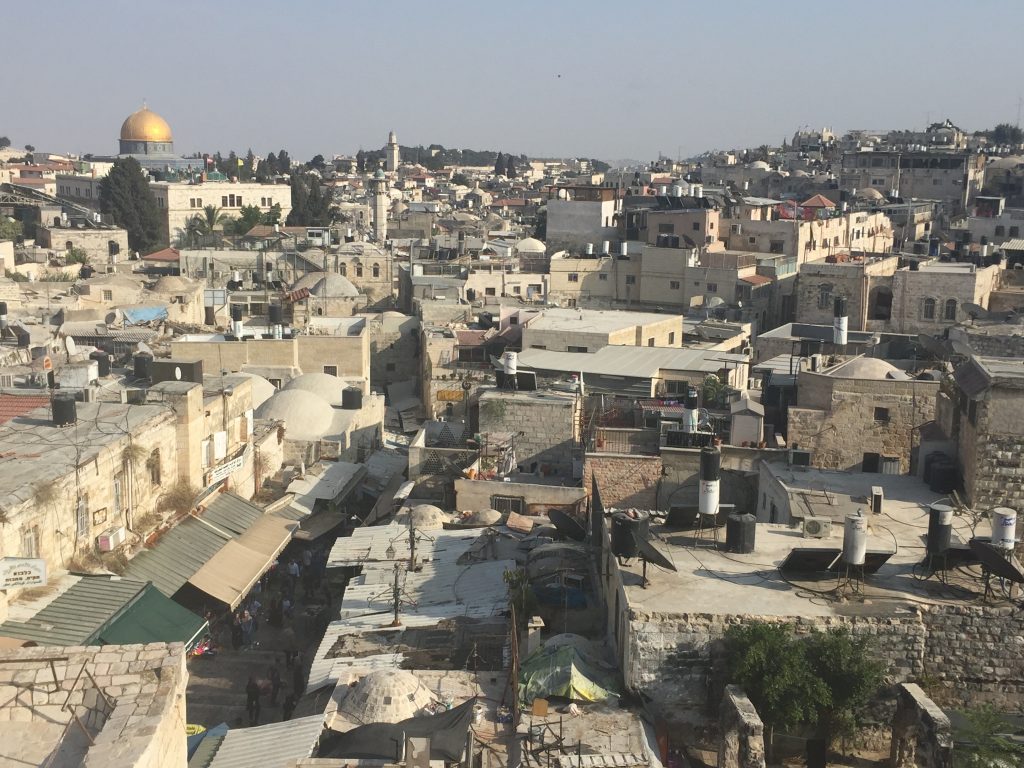 Since then, the Unetanah Tokef, a key prayer from the High Holiday liturgy, has been stuck in my head.  “He who inscribes and seals,” it goes, and I think of the inscriptions in Makom that invite students to interact with Hillel’s legacy.  I think of the chalking my peers have done in Red Square, to show that we are proud and not going anywhere.  I think of the number of bias-related emails I’ve received this school year.  “Remembering all that is forgotten.” I think of the lives we all seek to honor and remember, the role of transmitting legacies from generation to generation.  I think of the strength shown last Yom HaShoah, and of visits I’ve made to the many sites across Europe that ensure history is remembered and acted upon.  “You open the book of remembrance, Which proclaims itself, And the seal of each person is there.”  I can only hope, and pray, that, I am sealed in the Book of Life and that the year ahead will bring opportunities for growth, friendship, and strength.

This entry was posted in Reflections and tagged Jewish. Bookmark the permalink.