Posted on May 4, 2017 by Office.of.Campus.Ministry [Organization] 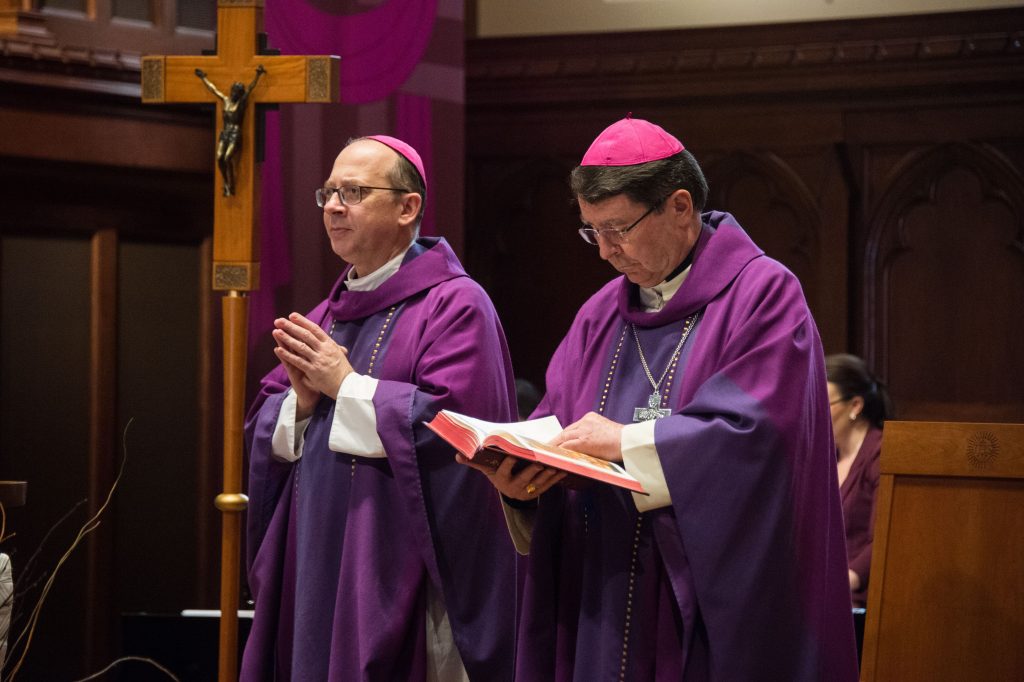 Like most Monday mornings, I woke up, made myself breakfast and did some homework. I was midway through the semester, and used to my routine by now. Around 11:30, I went upstairs, put on a dress and headed to Dahlgren Chapel to sing at the noontime Mass.

Daily Mass is one of my favorite offerings at Georgetown. I love that, in the midst of the academic rigor and friendly competition that are integral to attending a top tier university, I also have opportunities to quiet down and meet Christ in the Eucharist several times a day.

But, Monday March 27 would be different from my usual routine. In fact, it was an especially important day. The Papal Nuncio, Archbishop Christophe Pierre, was visiting campus and would be attending the noon Mass that day. To commemorate the occasion, President DeGioia, Bishop Knestout and many Jesuits would also be in attendance.

Dahlgren Chapel was almost full as students and community members filed in. I’m sure at least a few people were surprised when they showed up that day expecting their usual Monday afternoon Mass.

There are few things better than watching 17 priests, the Auxiliary Bishop of D.C. and the Ambassador to the Holy See process to the altar of your college chapel in the middle of an otherwise ordinary afternoon. The priests filled much of Dahlgren’s north transept as Archbishop Pierre, Bishop Knestout and Fr. Lingan took their seats on the altar. 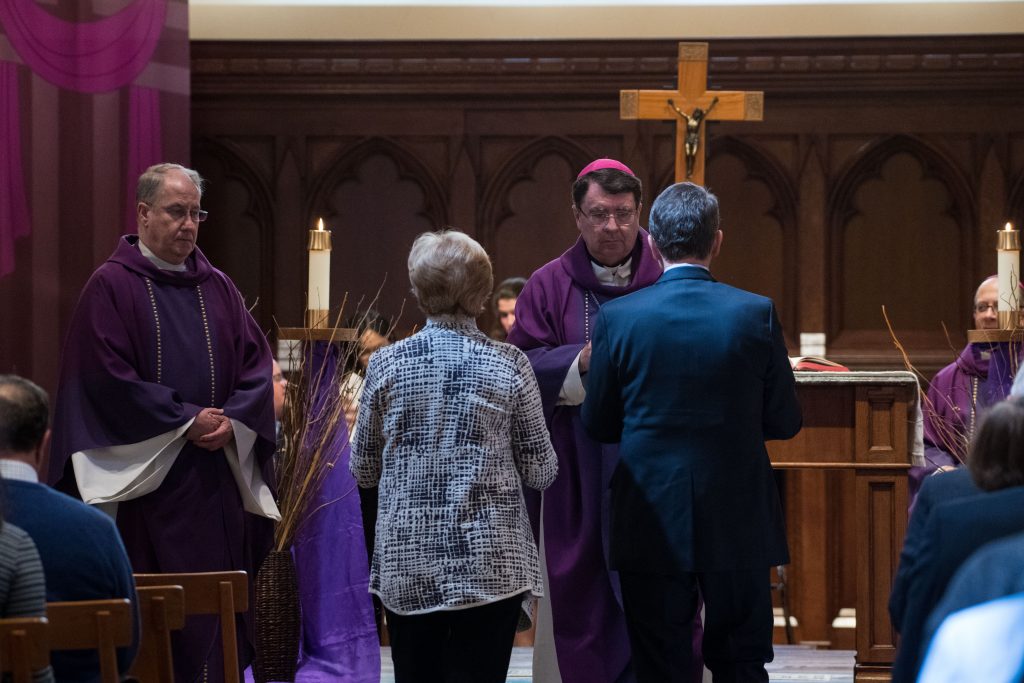 Archbishop Pierre gave a homily about Christ’s mercy and love following the Gospel about Jesus healing the son of the Roman official in Cana. The Archbishop reminded us that Jesus gave free-flowing wine in abundance to fulfill human need during His first miracle in Cana, and for His second miracle, He gave life back to none other than a Roman’s son.

The Archbishop pointed out the parallel between wine and blood, a message we would hear again very soon on Holy Thursday. He reminded us to pray, so that we may better know the Person of Jesus – the study of the human and divine natures of Jesus Christ as they co-exist within one person – and better encounter Eternity’s invasion of time. He exhorted us to remember Pope Benedict XVI’s words, as repeated in the beginning of Evangelii Gadium, that “Being a Christian is not the result of an ethical choice or a lofty idea, but the encounter with an event, a person, which gives life a new horizon and a decisive direction.”

After the Liturgy of the Word ended, all the priests joined the bishops on the altar for the consecration. From my vantage point in the choir, I watched as they all placed their hands over their hearts and recited the prayers. They each raised pieces of the Eucharist and participated in the mystery of the Transubstantiation. Elbow to elbow, barely able to move, they each acted in persona Christi together.

After the Eucharist was distributed and the Archbishop gave the final blessing, I left the chapel and stood in the quad. I took a moment to reflect on the intensely grace-filled experience.

Where else could I attend such a beautiful Mass with important Church figures in the middle of a school day? After drinking in the wonder of it, I returned home, changed into my jeans and went to my two o’clock class.

This entry was posted in Reflections and tagged Catholic, Mission and Ministry. Bookmark the permalink.