Posted on May 3, 2017 by Office.of.Campus.Ministry [Organization] 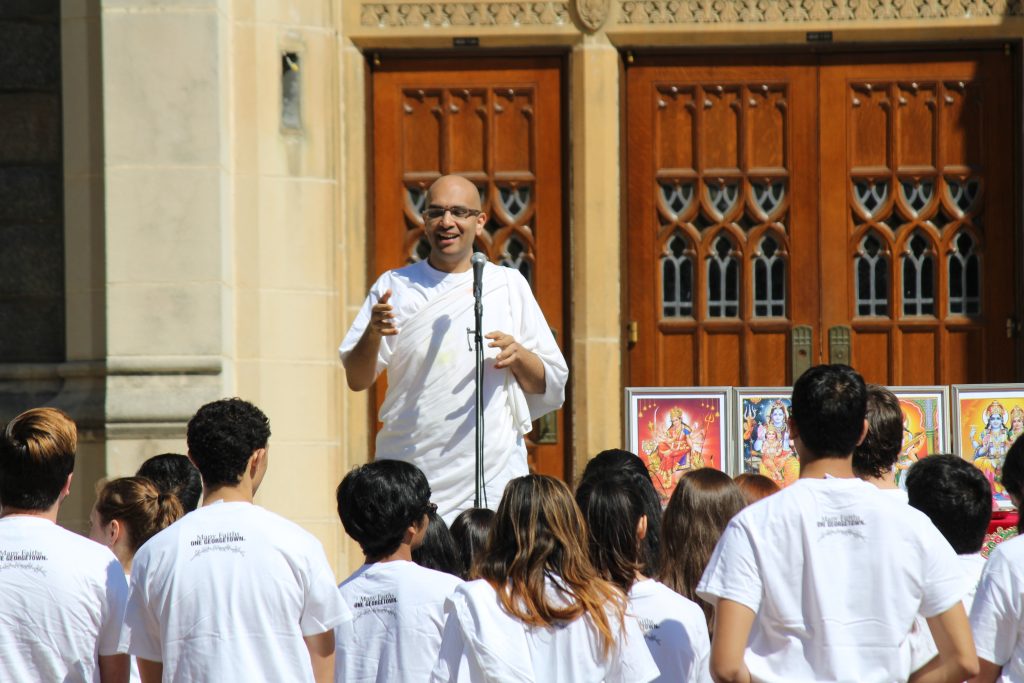 On April 2, a cloud of red, blue, yellow, green, and orange powder descended on Copley Lawn as students of all backgrounds gathered to celebrate the Hindu festival of Holi.

Also known as the “festival of colors,” Holi originated in parts of India and Nepal. It is celebrated in the springtime as a mark of good weather and the triumph of good over evil. In terms of religious significance and Hindu origins, Holi is celebrated in recognition of Prahlad, a young devotee of God. Devout in his faith of the Lord, Prahlad agreed to sit in a fire with his wicked aunt Holika (who was supposed to be immune to fire), confident that the Lord would listen to his prayers and save him. Indeed, God saved Prahlad and instead, Holika burned despite her special power. Typically, a bonfire is lit the night before Holi in recognition of their story. 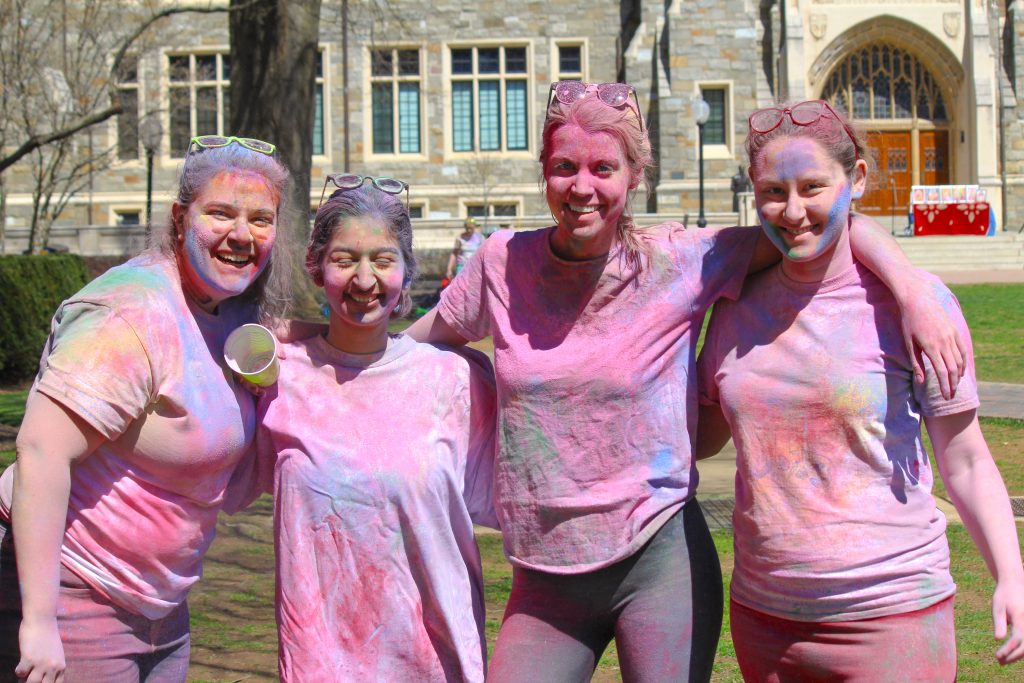 The festival is a great way to reign in the newfound sunshine and warmness in the air. It also a fun release for students in the midst of the final push of the semester. Boxes of color were placed in the center of the lawn and each student was given a cup to fill with the color of their choice. Brahmachariji began the morning with Āratī and some invocation prayers, and told us the story of how Holi came to be.

Soon thereafter, students excitedly ran to the center of the lawn, shouting the famous statement announcing the start of the festival, “HOLI HAI!” and proceeded to baste their friends with colors. No one was shy, digging in to each color and painting many faces and white T-shirts provided at the beginning of the event. Pictures were taken and many laughs were exchanged. After everyone had their fair share of fun with the colors, members of the Hindu Student Association (HSA) served Idli and Sambar, delicious rice patties and hot soup with curried vegetables, to all the hungry attendees. It was clear that everyone’s spirits were high and the event was a huge success.

It is always a pleasure to see our cultural and religious traditions so well received and provide such an outlet of fun and memories for the entire Georgetown community.

This entry was posted in Reflections and tagged Hindu, Student Organizations. Bookmark the permalink.