Posted on January 24, 2017 by Campus.Ministry.Communications [Organization]

Diwali at Georgetown University is a spectacle of color, music, prayer, and celebration. True to the origin of the festival, the emphasis is placed on the victory of good over evil, of light over darkness. While in previous years, Georgetown’s Hindu Students Association has held events to celebrate this well-known holiday, this past year’s festivities exceeded anyone’s expectations and reached a new level of authenticity. Georgetown Campus Ministry’s newest addition, Brahmachari Sharan led the Georgetown community in a service unlike any I’ve seen during my time here. The setting was beautifully decorated and full of lights and (battery-operated) candles. Students and community members were greeted with open arms and hearts. Brahmachari-Ji’s service hit the mark as well. He adeptly wove stories and Hindu mythology into the prayer and explained each step of the Puja, for those of us not as well versed in Sanskrit as he. Brahmachari-Ji incorporated various slokas and songs, staying true to the way Diwali is celebrated in areas with larger Hindu populations, like India. 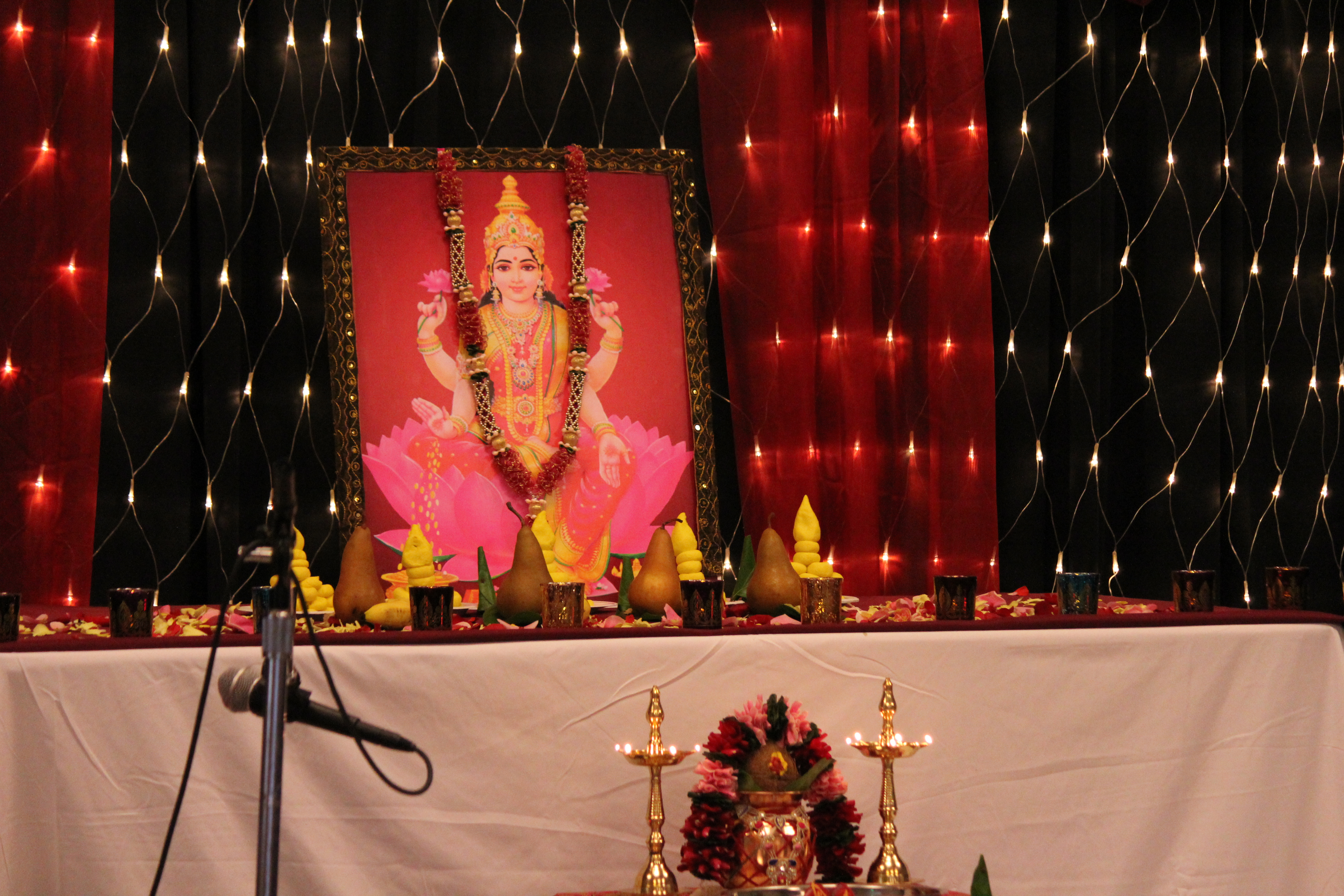 As a college student used to celebrating Diwali surrounded by extended family and days of celebration, I deeply appreciated Brahmachari-Ji’s presence. I appreciated that he understood the importance of Diwali and shared my own excitement for the holiday. He also acknowledged that Diwali is celebrated differently even within the Indian community, and therefore included songs from various regions. I felt incredibly at home during his Diwali service. Brahmachari-Ji created a strong community through his service, and many students stayed after to express their gratitude to him and to also enjoy the company of other Hindu students on that very special day. While there is no replacement for being home during Diwali, Brahmachari-Ji ensured that he would create the next best option.

Written by a member of the Hindu Community at Georgetown University. For more information regarding Hindu Life on campus, check out the official Facebook page here.

This entry was posted in Reflections and tagged Hindu. Bookmark the permalink.