Posted on July 26, 2016 by Office.of.Campus.Ministry [Organization] 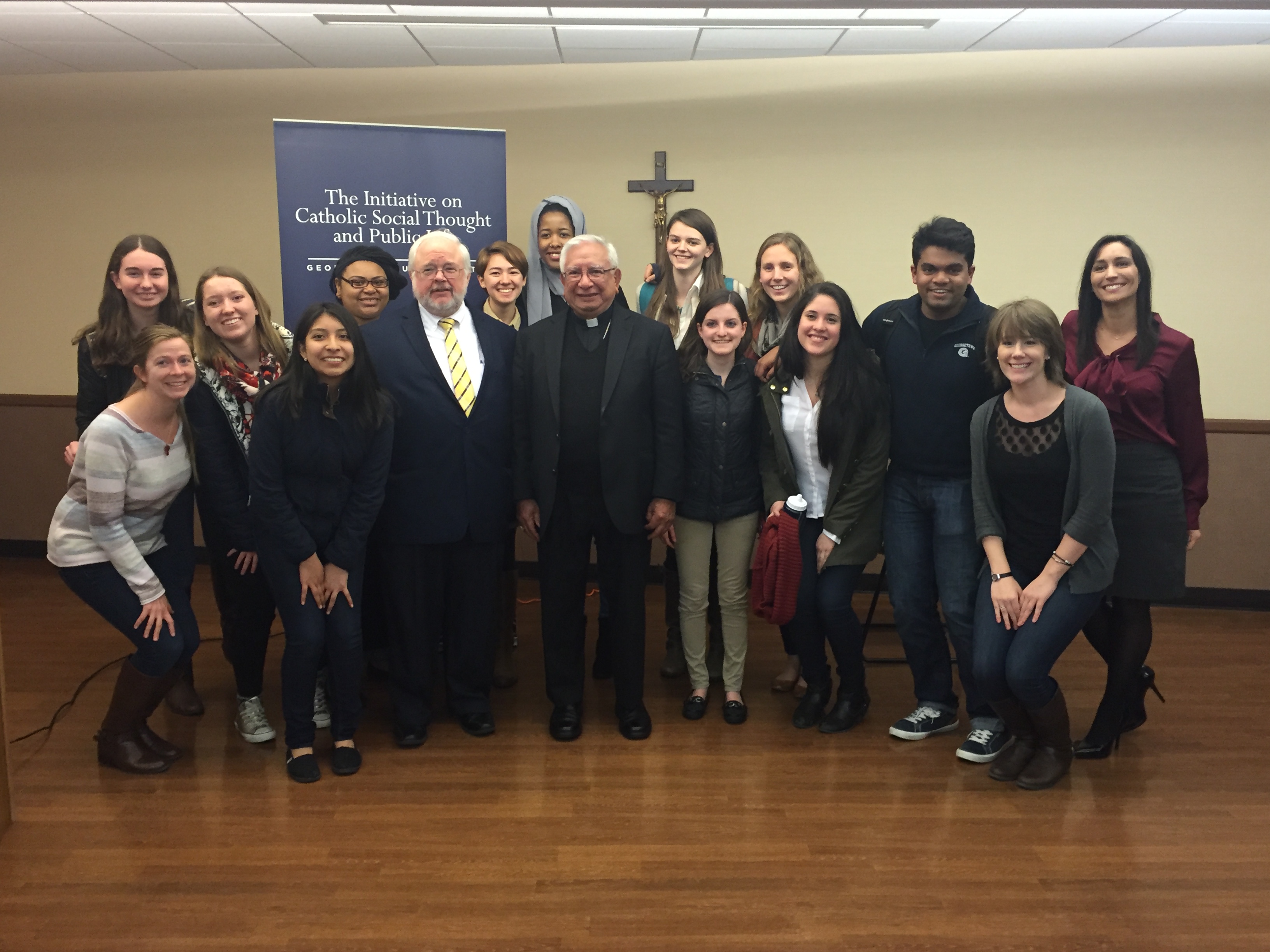 A few of my fellow Georgetown students and I participated in the Faith, Policy, and Politics Alternative Break Program through Georgetown University’s Center for Social Justice. One of the major stops on our trip took place on March 7th. We attended the “Misericordia y Paz: Francis’ Message in the Americas for Young Latino Leaders” event hosted by the Initiative on Catholic Social Thought and Public Life. The gathering was part of the Catholic Latino Leadership Initiative and took place in the beautiful Cathedral of St. Matthew the Apostle.

The purpose of the event was to discuss how Pope Francis’ priorities are for young Latino leaders and how said leaders could act on them in work, politics, and even the 2016 election. It fit perfectly with the overall mission of our trip, which included analyzing the complex intersection that takes place in politics and religion. Questions and observations we wanted to focus included seeing how the Pope’s actions really influences members of a certain community to live their lives a specific way – for example, how they possibly interact with members of other faiths and even how they decide on policy decisions.

The three panelists were well-known individuals in the Catholic Latino community that had followed Pope Francis’ travels closely and answered questions as to what they believed the implications of his historic trips would be for future Latino leaders. They emphasized the Pope’s authenticity, which according to them was very prominent in the actions of each trip he took. He’s begun to create a “culture of encounter” and started to promote dialogue between people of different backgrounds. One the panelists discussed how the Pope has emphasized the notion of “social friendship”: the idea that one should start dialogue with another individual not necessarily where their differences are, but where their similarities begin. Throughout the entire discussion, the common themes of authenticity, dialogue, and understanding played a role. Based on the Pope’s actions and the panelists’ words, these three concepts seemed to be necessary in order to promote interfaith discussion.

As a non-Catholic Latino female, it was fascinating to see how the actions of a faith leader really shape the way that a community lives their lives. In my perspective, the Pope’s most recent announcements that had been deemed as “outspoken” or “relaxed” about the Catholic religion has brought about a new movement as a church as a whole. Regardless of what a person’s religious background may be, the Pope’s messages of communication and listening to others’ of different experiences and circumstances resonates with me as it did with many members of our trip.