Justice and Mercy in Jesuit Aid: a Pairing of Panels

Posted on February 18, 2016 by Campus.Ministry.Communications [Organization] 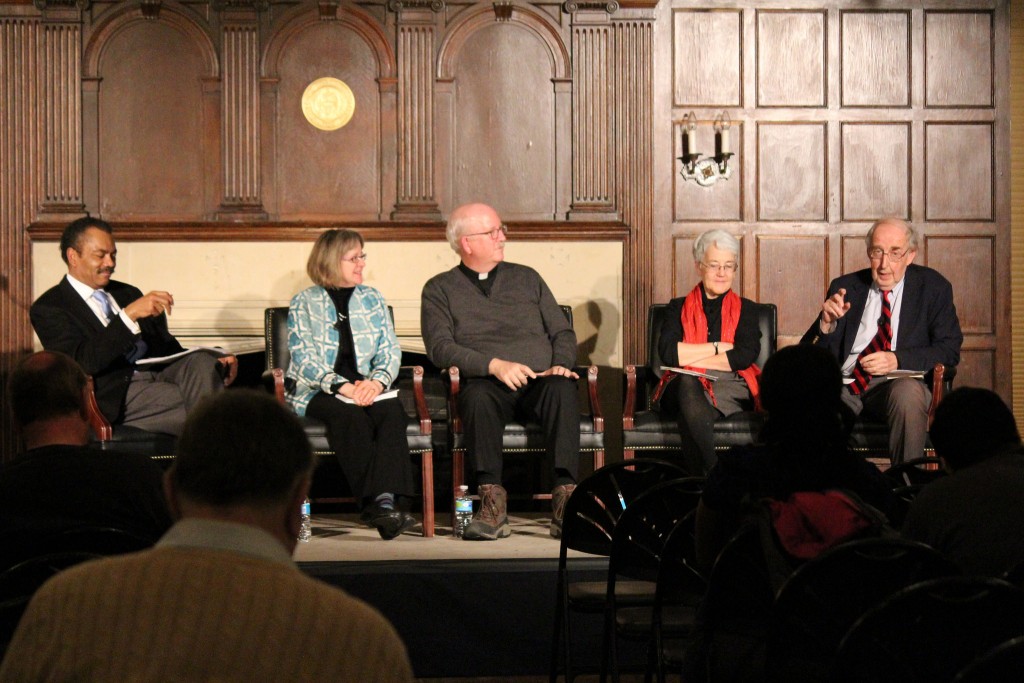 As a part of Jesuit Heritage Week, we held two panels, one on Jesuits and Justice in D.C., and one on Jesuit Service in Latin America. I was particularly struck by this piece of advice from Sr. Diane Roche, one of the panelists at Jesuits and Justice: “find what brings you joy, and what breaks your heart… this is where you will find compassion.” She was speaking on the lives of Fr. McKenna and Fr. McSorley, two Jesuits who worked for peace and social justice. But how can their work inspire us regardless of our individual careers? Sr. Roche emphasized that if you keep in mind your passion– what breaks your heart– you will be able to bring compassion into your career and all that you do. In this way, you can bring your faith into your profession. These two Jesuits demonstrated incredible concern for the poor and vulnerable, and are living examples of showing mercy. As Pope Francis has declared this a Year of Mercy, honoring these men and bringing their compassion into our own lives during this time is especially fitting. 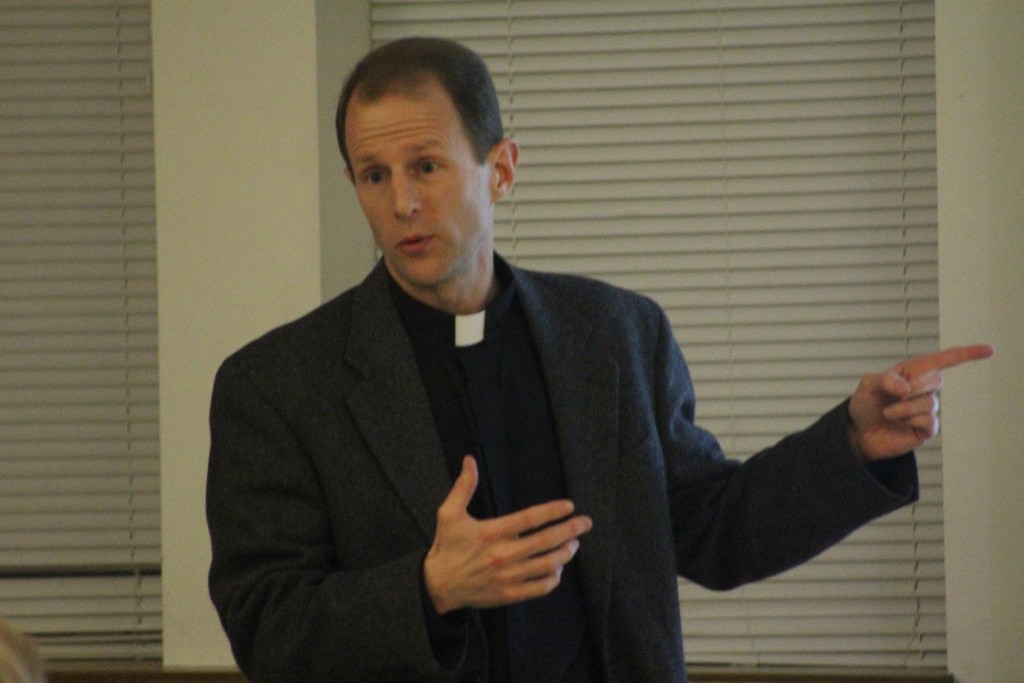 Father Carnes at the panel on Jesuit Service in Latin America.

The second panel on Jesuit service also ties in nicely with the Year of Mercy. Fr. Matt Carnes, a Jesuit professor at Georgetown, spoke about the history of Jesuit service in Latin America, explaining that you can always find Jesuits at the margins, where there is the most need with the least amount of previously established aid. The Jesuits then work to instruct the community to be self-sustaining. This allows their ministry to be flexible, always seeking the next greatest area of need. We also heard from two students who travelled to the U.S.-Mexican border in Arizona to learn about Jesuit work with migrants. Austin, one of the students, highlighted that the Jesuits treat the migrants with dignity and respect, remembering that they are human above all. They serve dinner to the migrants who have been sent back across the border, letting them know they are not forgotten. To me, this is the hallmark of the Jesuits: caring for the person first and their needs second.

This entry was posted in Programs and tagged Catholic, Jesuit Heritage Week, Year of Mercy. Bookmark the permalink.