Connecting Power Back to Mercy

Posted on February 17, 2016 by Office.of.Campus.Ministry [Organization] 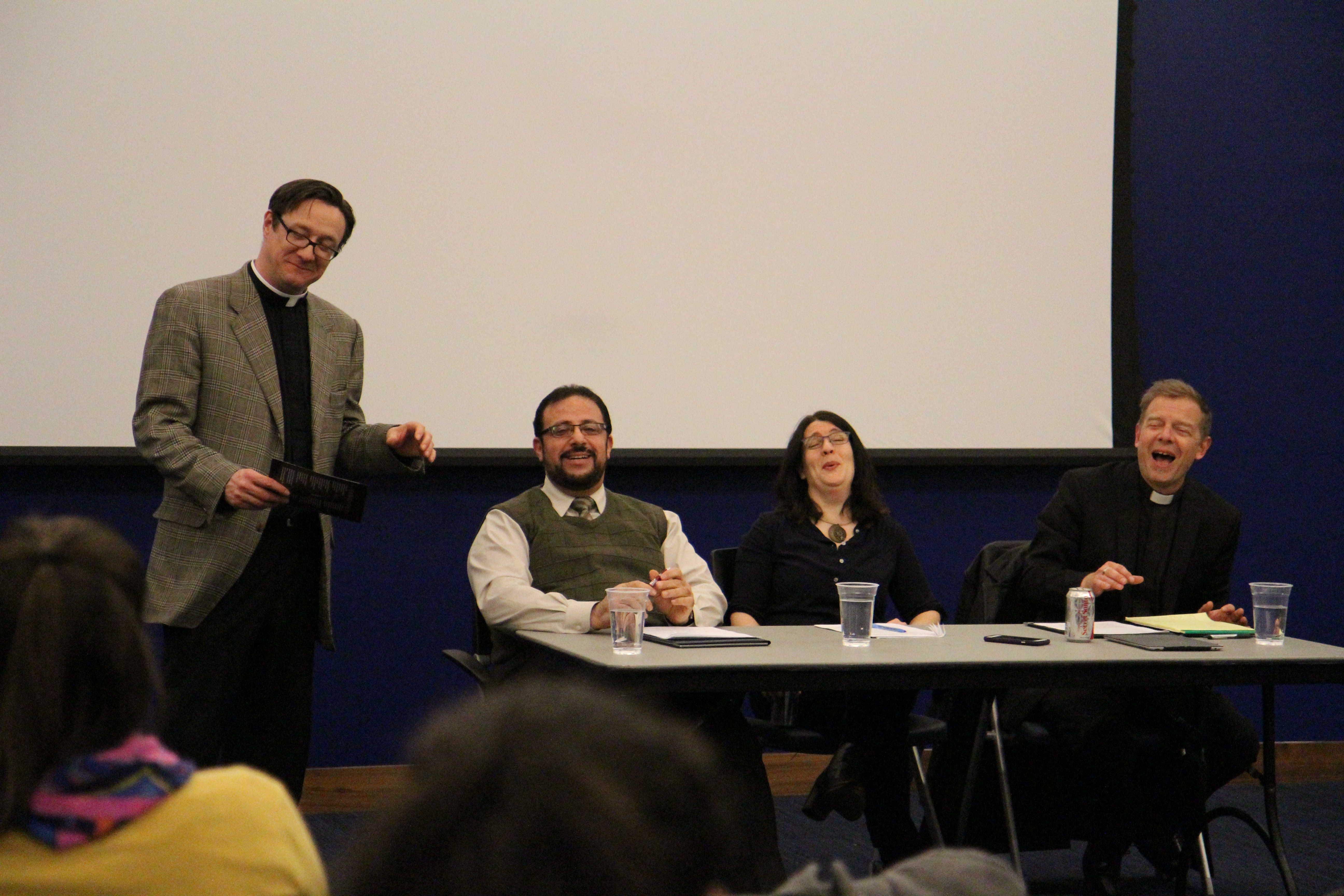 Before attending the event An Interfaith Conversation on Mercy, which was created as a part of Jesuit Heritage Week, I knew (or at least I thought I knew) the basic tenants of mercy in the Islamic tradition.

Two of God’s names or attributes were Ar-Rahman and Ar-Raheem, the Most Merciful and the Most Gracious. Muslim’s also had an obligation to give zakat (charity), visit the sick, and attend the funerals of those who have passed. These were the two main ideas that popped into my head when I thought of mercy in the Islamic tradition, but what I was surprised to find out during the event was not only how much more depth there was to it, but how similar it was to the ideas of mercy in Judaism and Catholicism.

To begin, the Arabic root for the words Ar-Rahman and Ar-Raheem is rahma. Rahma can be translated to mercy or compassion, and it is repeated 315 times in the Quran, more than any other characteristic or quality. The root rahma can also be translated to womb, and because a mother’s womb is a source of infinite nourishment and protection, and it’s said that whoever has cut off his relationship with his womb has cut off his relationship with God.

In the Judaic tradition, the story is very similar. One of God’s attributes is rahum, which carries similar translations of mercy and compassion. There is also another translation which means womb, and just as in the Islamic tradition, the womb represents a place of nourishment, protection, and love.

In the Catholic tradition, there are acts of compassion that one can find in Judaism and Islam. These compassionate acts are called works of mercy, and they are actions that extend God’s mercy to those in need. Some of them are corporal, which are to feed the hungry, visit the sick, and bury the dead, and some of them are spiritual, which are to pray for the living and dead, bear wrongs patiently, and comfort the afflicted.

It turned out, after all, that an imam, a rabbi, and a catholic chaplain have a lot in common with respect to their ideas of mercy. Had I closed my eyes during the event and solely listened instead, it would have been very difficult to label which specific tradition was talking about mercy.

In the end, all participants of the event concluded that there is a need to begin spreading a culture of compassion, and it starts with redefining power. Power has become attached to the idea of coercion, forcefulness, and other negative attributes. True power does not encompass any of these characteristics, but instead challenges to replace hate with love, to replace anger with patience, and to spread mercy in any place where it is needed.