Posted on May 1, 2015 by Office.of.Campus.Ministry [Organization] 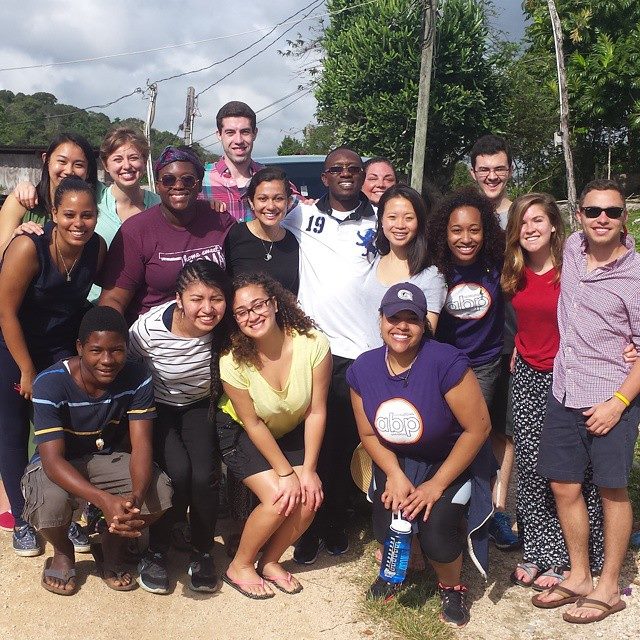 I spent my spring break as the leader of Magis: Jamaica, the first-ever Alternative Breaks Program trip organized by a collaboration between Campus Ministry and the Center for Social Justice. Along with 12 student participants and staff representatives of OCM and the CSJ, I traveled to Montego Bay and Kingston to witness first-hand global economic inequalities, particularly through the lens of the tourist economy. We also witnessed grassroots, faith-based efforts to combat these injustices and build more just local, Jamaican, and international communities.

The most rewarding part of my experience as a leader was the opportunity to facilitate reflections as each day drew to a close. Drawing upon the Ignatian practice of Examen prayer, our group recalled the events of each day, paying particular attention to the moments of “consolation” and “desolation.”

There was certainly no shortage of positive moments along the way. Being immersed in the Jamaican tourist economy means visiting beautiful beaches at Montego Bay, eating delicious jerk chicken and freshly-caught grilled fish, jumping into picturesque coves while watching a breathtaking sunset, and jamming with DJ Furious in his seaside studio. Our group built relationships with incredible community partners like “Taxa,” our host, guide, and fixer throughout the week; Angela, a resort owner who introduced us to social justice issues within tourism industry; and “Captain” Kirk, who entertained us with his homemade mixtapes as he shuttled us around the island.

I experienced a great “consolation” when our group visited the Granville Place of Safety, a government-run home for girls and young women who, due to a variety of circumstances, can no longer live at home. The trip’s participants designed a fantastic activity in which the young women engaged with Maya Angelou’s Remarkable Women, discussing the importance of self-love. We then had the opportunity to join in the young women’s free recreation time, wandering outdoors to talk, walk, dance, or play.

I hung around the edge of the group until a girl approached me and, strenuously avoiding eye contact and speaking barely above a whisper, asked me if I would join her in playing soccer. As we kicked the ball back and forth, I racked my brain for something to talk about, desperate to fend off the dreaded “awkward silence.” I tried to strike up a conversation, to no avail—even asking for her name produced no response. My companion seemed perfectly content to play in silence. After a few minutes, I gave up having a conversation and settled into silence. I suddenly had a powerful flashback to my childhood summers, playing catch with my dad or my friends for hours. The longer I spent with the young woman, the more at ease and content I felt. The simple act of playing, without any need for conversation, allowed us both to enjoy each other’s company and find meaning simply by being present. We played in silence for twenty minutes until our group said goodbye and loaded up the van. 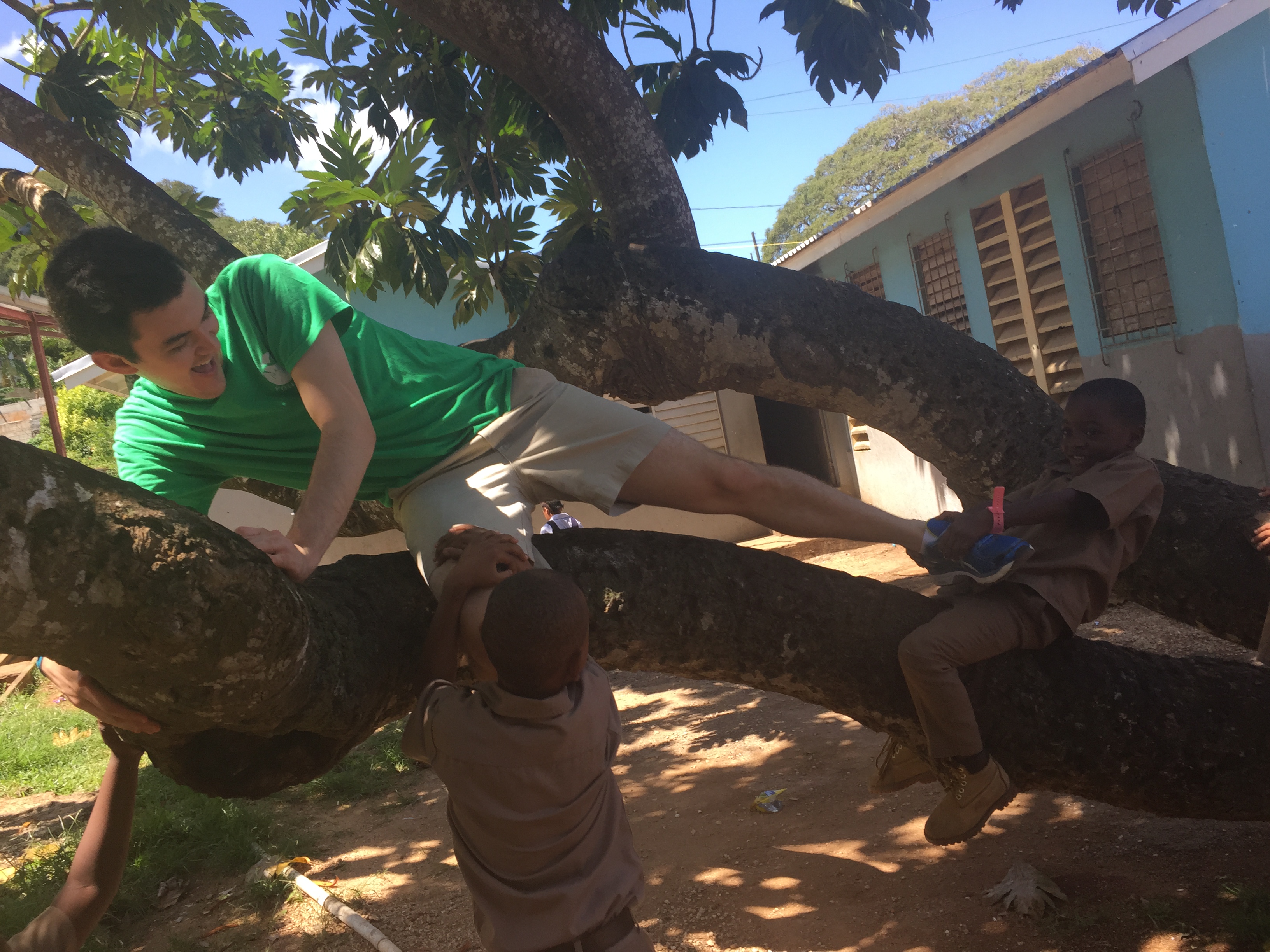 Caleb playing with the children of Duncan’s All Day School

Reflecting upon that day’s events, I was reminded of Elijah, who found God not in loud noises and great spectacles, but in the quiet presence, a “still, small voice,” that filled the space in between these events. I remembered the weeks preceding our departure, during which I had drowned in the “noise” of emails and Facebook notifications, and noted the contrast between my frenzied state throughout much of this semester and the peace I felt during my time at Place of Safety.

Of course, there were also moments of great challenge throughout our journey. We came face-to-face with massive inequalities and deeply entrenched systems of injustice. I was particularly challenged by our visit to a former sugar plantation, which reminded me that the racial and economic injustices we witnessed stretched back hundreds of years. I struggled against feelings of hopelessness as I reflected upon the massive obstacles to economic and community empowerment.

I was also inspired, however, by the efforts of those we met who were determined to build a more just future for their families and communities. We witnessed examples of grassroots organizing, community economic initiatives, direct acts of service, peacebuilding programs, and political activism led by Jamaicans who understood the roots of injustice and the ways to undo it. We also witnessed incredible kindness and hospitality as we were welcomed into communities, homes, workplaces, and churches throughout the week. I returned to Georgetown with a renewed commitment to a lifestyle that contributes to justice, an improved understanding of the international solidarity and community, and a new understanding of the intersections between my faith and my commitment to social justice.

This entry was posted in Programs, Reflections and tagged Immersion, Service. Bookmark the permalink.