Posted on October 9, 2014 by Office.of.Campus.Ministry [Organization] 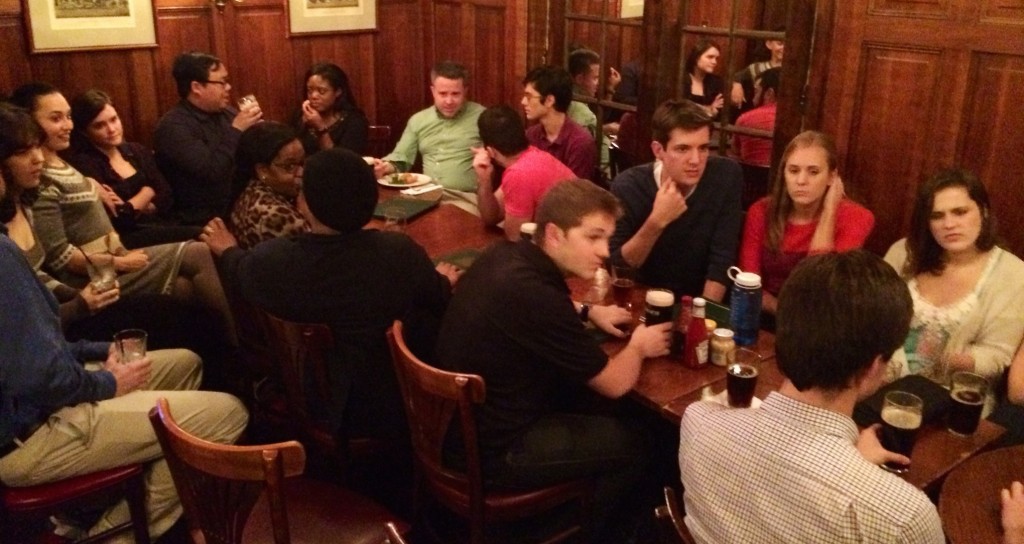 On a cool September evening Fr. Paul Rourke and I enticed law students away from their books and invited them to participate in conversations around various theological topics. The Catholic Students Association and the Protestant Campus Ministries of Georgetown University sponsored this “Theology on Tap” event. Twenty-five students huddled around tables at a local bar and discussed issues ranging from just war theory to the problem of evil. Students took a break from legal studies and in between sips of beer focused their attention on God and how grace might transform the way we might think about such issues.

As it began to get late, I bid farewell and headed out the door, leaving eight still steeped in discussion. The next morning I saw one of the students who had remained after I left and I asked her what she thought of the event. “It was nice to talk about things that matter and that aren’t related to the law,” she said. I then asked her what time the group eventually left. “Let’s just say, it was early for a law student,” she said with a grin on her face. “One more thing,” she added, “Things like this are good for law students, you know?”

I know this now.

This entry was posted in Programs, Reflections and tagged Law. Bookmark the permalink.