Adam Rothman is a Professor of history at Georgetown University, where he has taught since 2000. 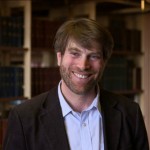 In addition to writing Beyond Freedom’s Reach, he is the author of Slave Country: American Expansion and the Origins of the Deep South (Harvard 2005), co-author with Alison Games of Major Problems in Atlantic History (Cengage 2007), and associate editor of the Princeton Encyclopedia of American Political History (Princeton 2010), plus several other book chapters and articles of scholarship.

He has also written for the New York Times, Al Jazeera America, and The Daily Beast.

He is an Organization of American Historians Distinguished Lecturer.

He lives in Washington, D.C. with his wife, daughter, and two dogs.